The History of Backgammon

More than just a game

For Alexandra Llewellyn, who learned to play with her step-grandfather in Egypt as a child, backgammon is so much more than just a game. Whether you are playing beside the fire at home or in the dusty back streets of Cairo, backgammon is a game that requires no common language or culture to enjoy.

When did Backgammon Originate?

Played by leaders of ancient civilisations in Greece, Rome, Persia and the Far East, there are few games that are as old as backgammon, yet which continue to be played today. Believed to date back 5,000 years, archaeological discoveries in ancient Mesopotamia – modern-day Iraq – in the 1920s give us a tantalising glimpse of the game’s potential origins: six artifacts that look remarkably like today’s backgammon boards, one with dice and different coloured playing pieces still intact. The exact birthplace of backgammon continues to be hotly debated, however, and there is evidence that the Egyptians, Sumerians and Persians all enjoyed a game that resembled something like the backgammon we play today. 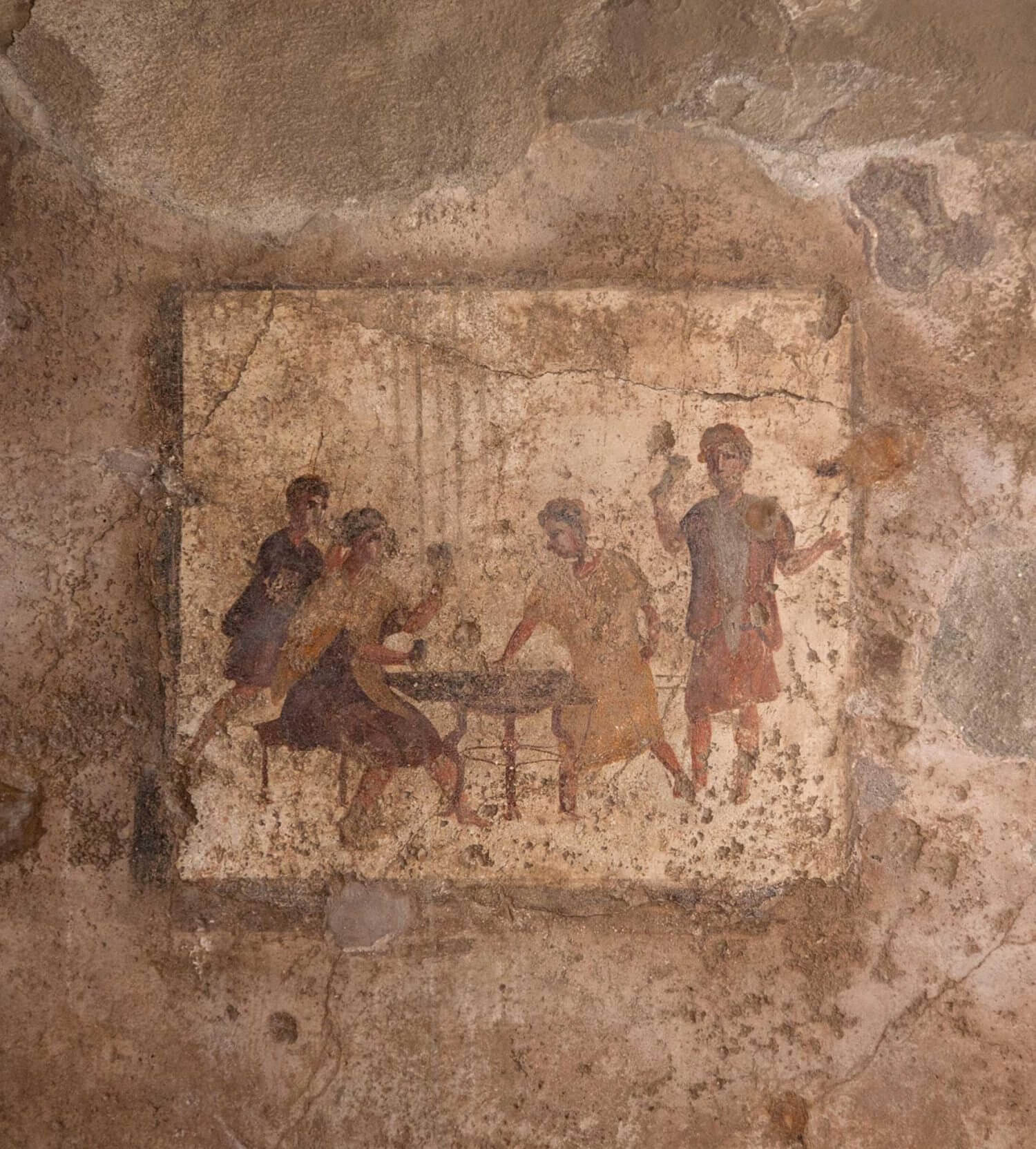 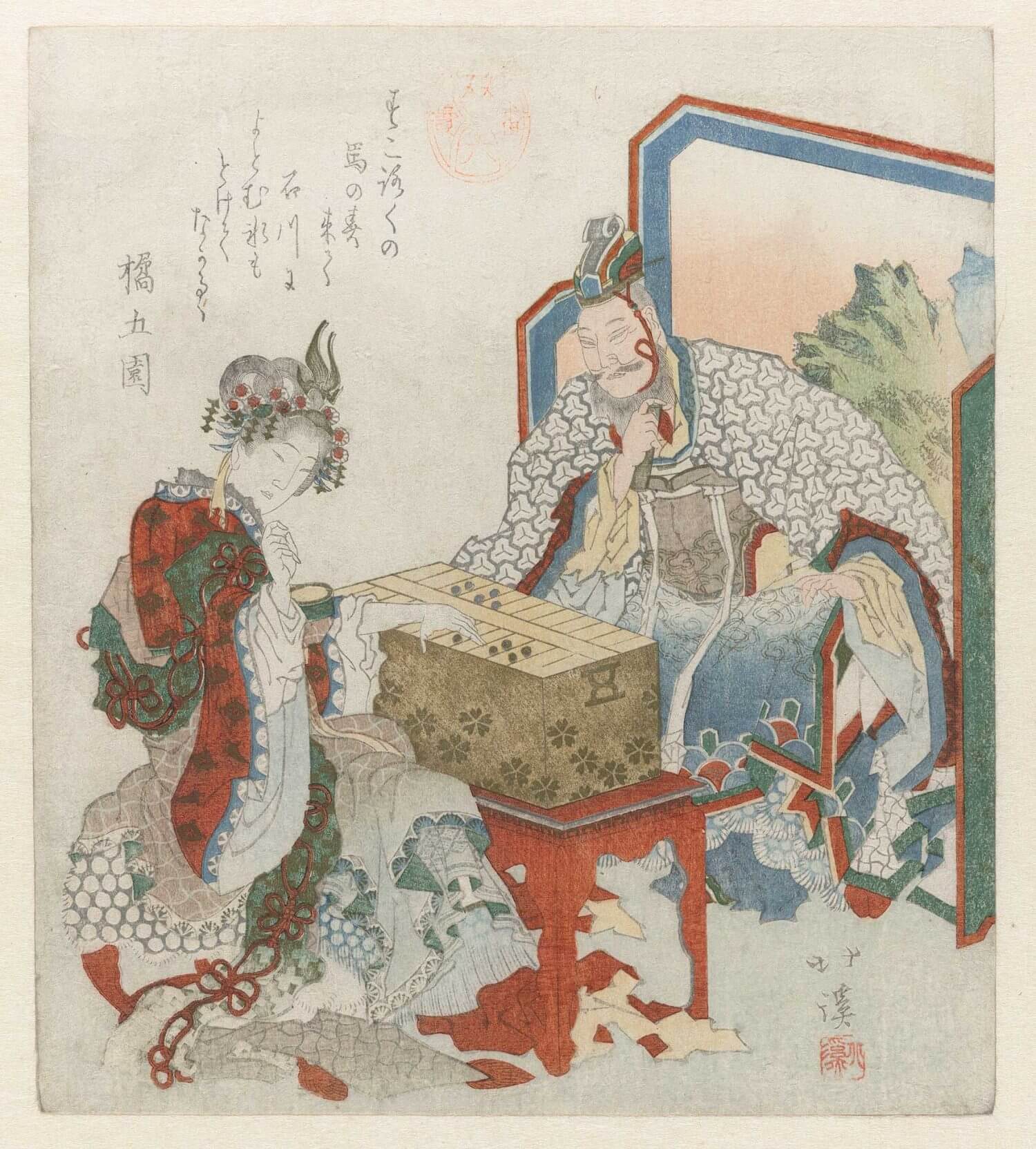 What we do know is that the history of backgammon is long, complicated and far from complete. Typically played on surfaces such as wood, using stones as markers and dice made from bones, stones, wood or pottery, the Romans were so enamoured with the game that they proclaimed it the sport of emperors, with Emperor Claudius going so far as to have a special board built into his chariot to play on long journeys. As to its introduction to Europe, backgammon is believed to have been brought back by the Crusaders, who learned it in the Holy Land. It remained the preserve of the clergy and nobility until the Middle Ages, with one of the perks of a knighthood in England being the right to play backgammon.

English literature and art are full of references to ‘tables’, which is what backgammon was referred to until 1645, when the word ‘backgammon’ first appeared in print. Alluded to in works by Chaucer and Shakespeare and the subject of the Dutch painter Jan Steen’s 17th century masterpiece, ‘Argument over a Card Game’, each reference is a reminder of the game’s enduring popularity throughout history. 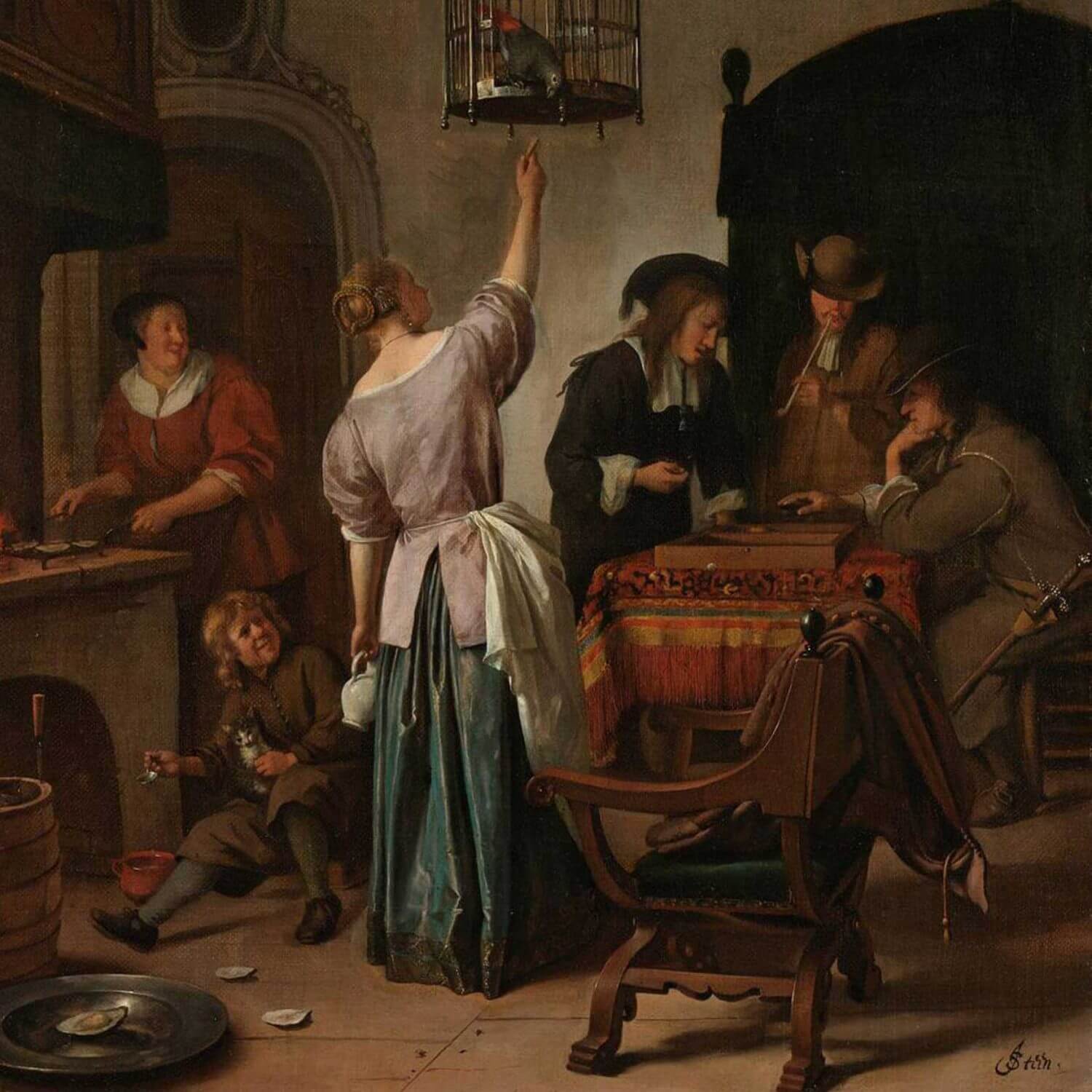 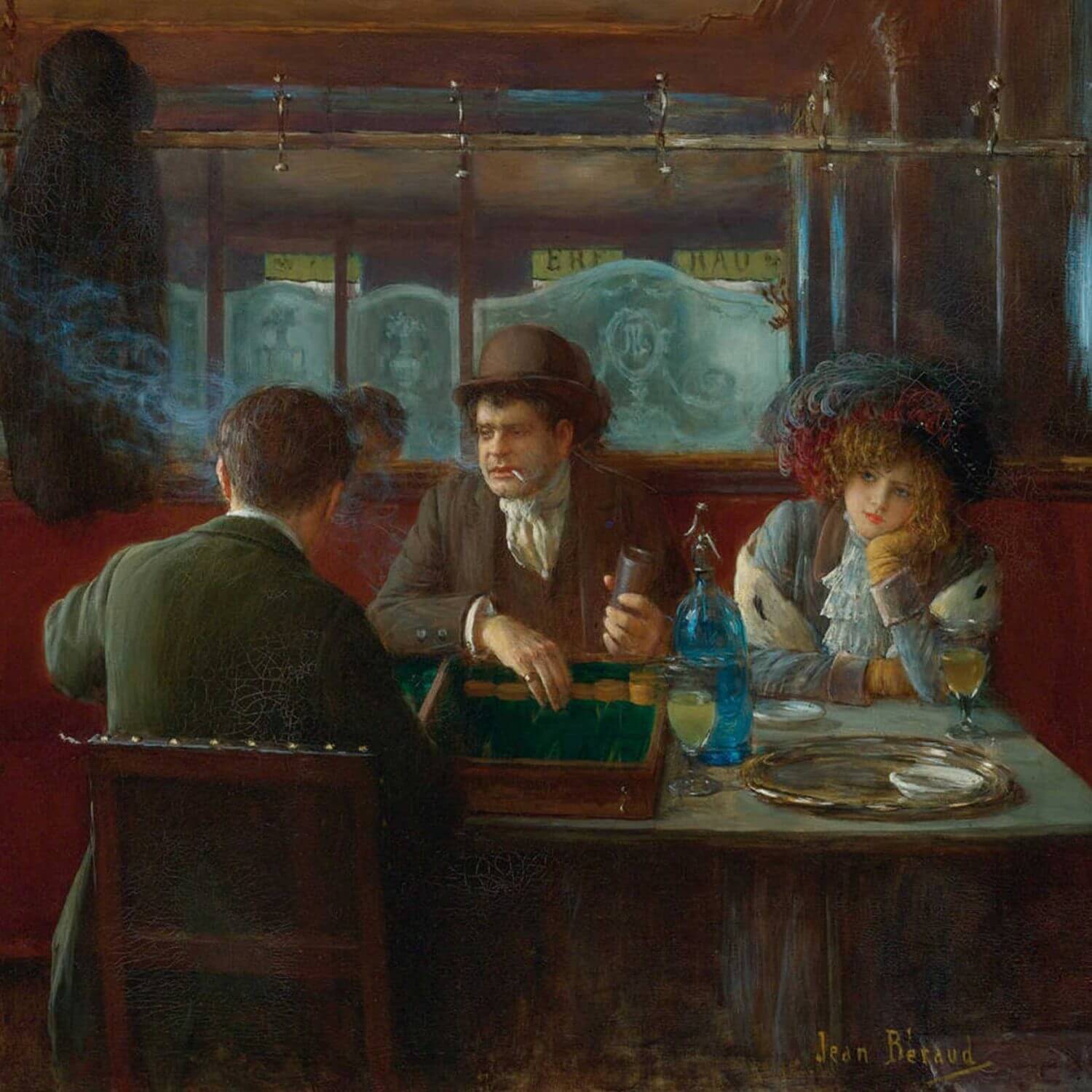 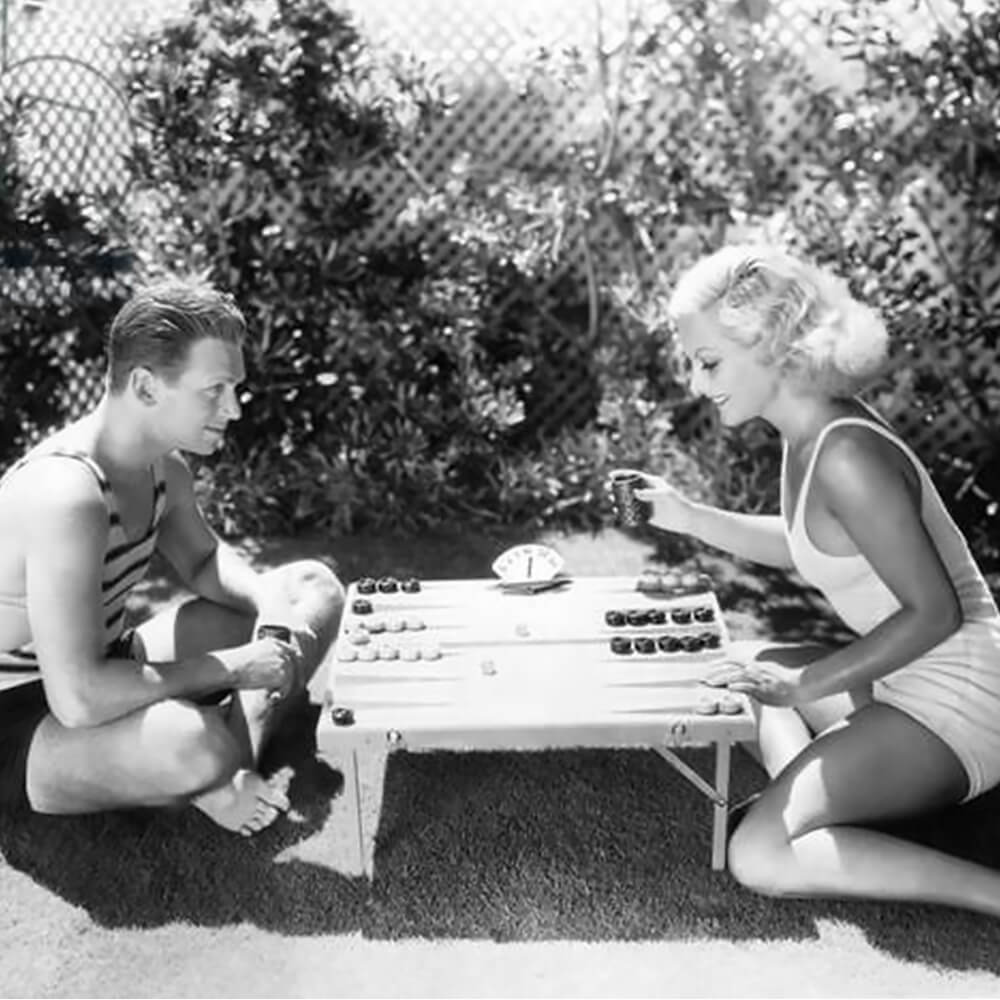 With the arrival of the double cube in the 1920s, backgammon experienced a widespread revival across Europe and America, enthusiastically documented in an article in Harper’s Bazaar magazine. “At a time when booms of any kind were considered distinctly out of style, the game of backgammon entered upon the greatest boom of its long life,” declared the author.

The doubling cube introduced a new and exciting element of gambling, greatly increasing the possibilities of the game. “Anyone who played it years ago, dropped it, and then took it up again will find it a vastly improved game,” the writer concluded. 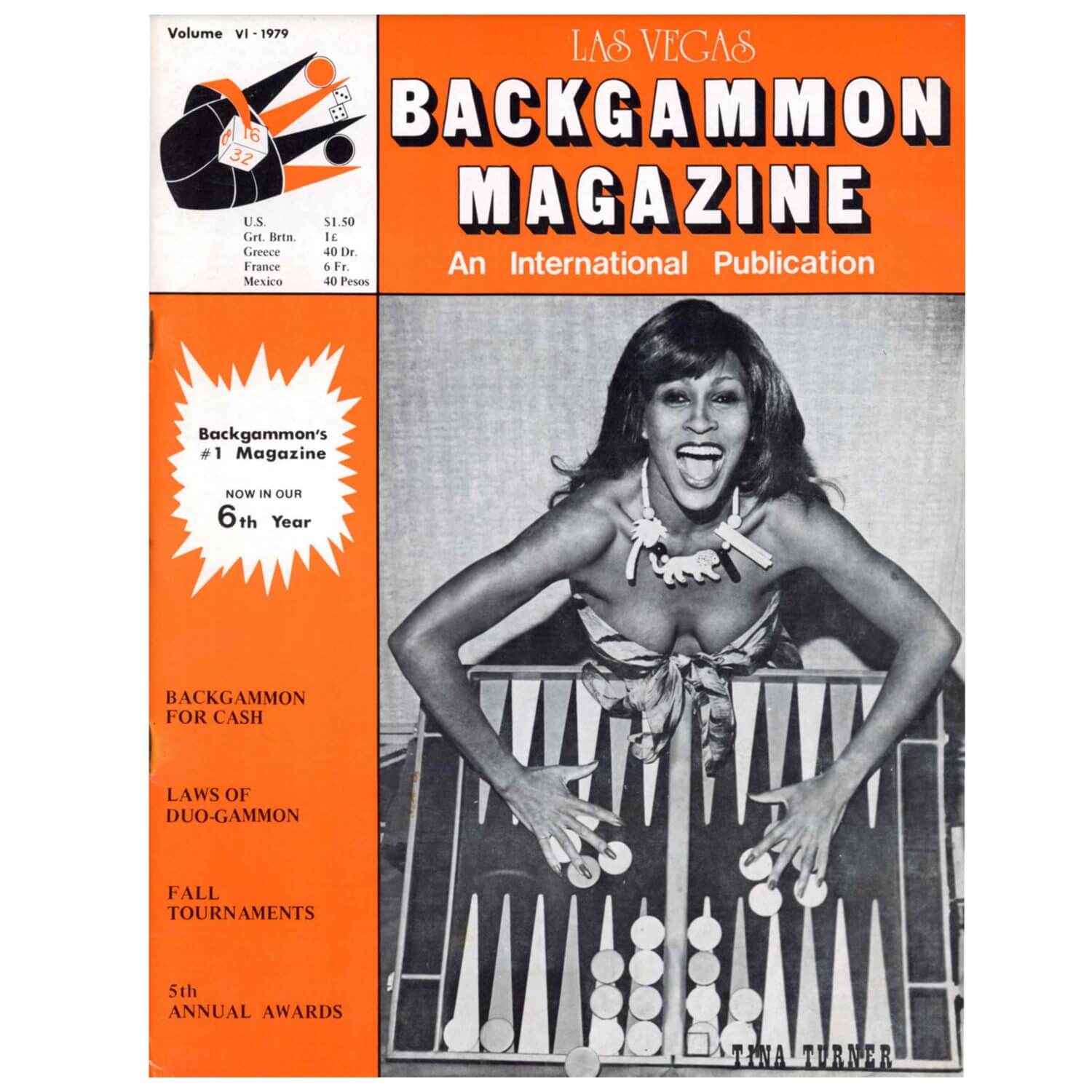 Millions played backgammon during its heyday in the 1970s and 80s, when it was the game of choice among the jet set.

Infused with the smoky glamour of the hotels, bars and clubs in which professionals gambled on high-stakes games, the mood of the era can be summed up by Roger Moore playing James Bond in ‘Octopussy’, in which he challenges Kamal Khan to a game of backgammon, dressed in a white dinner jacket and bow tie. Having run out of cash because the stakes are so high, Bond instead gambles a Fabergé egg and proceeds to win the game against his arch enemy using the “player’s privilege” in backgammon that allows you to exchange your dice for your opponent’s. 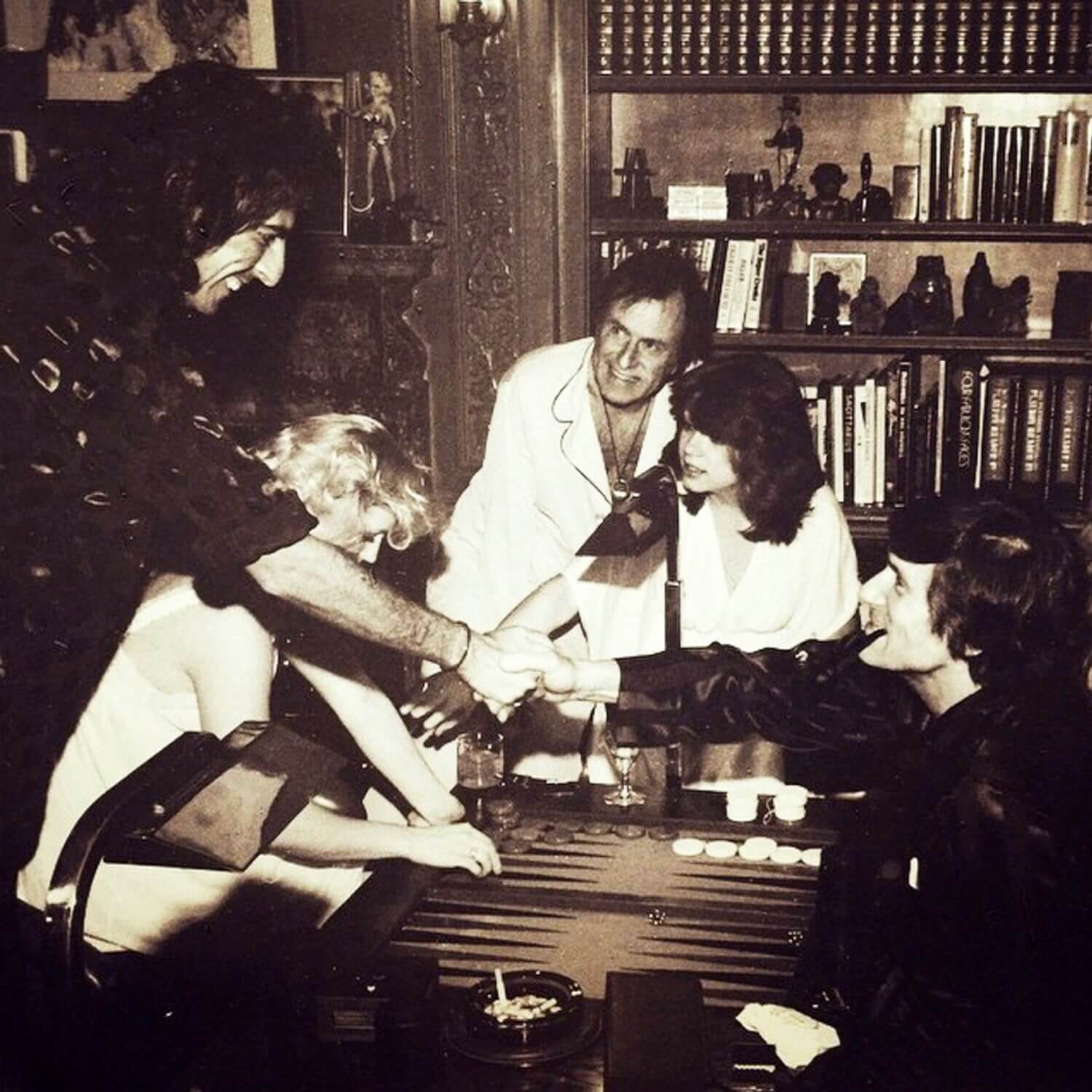 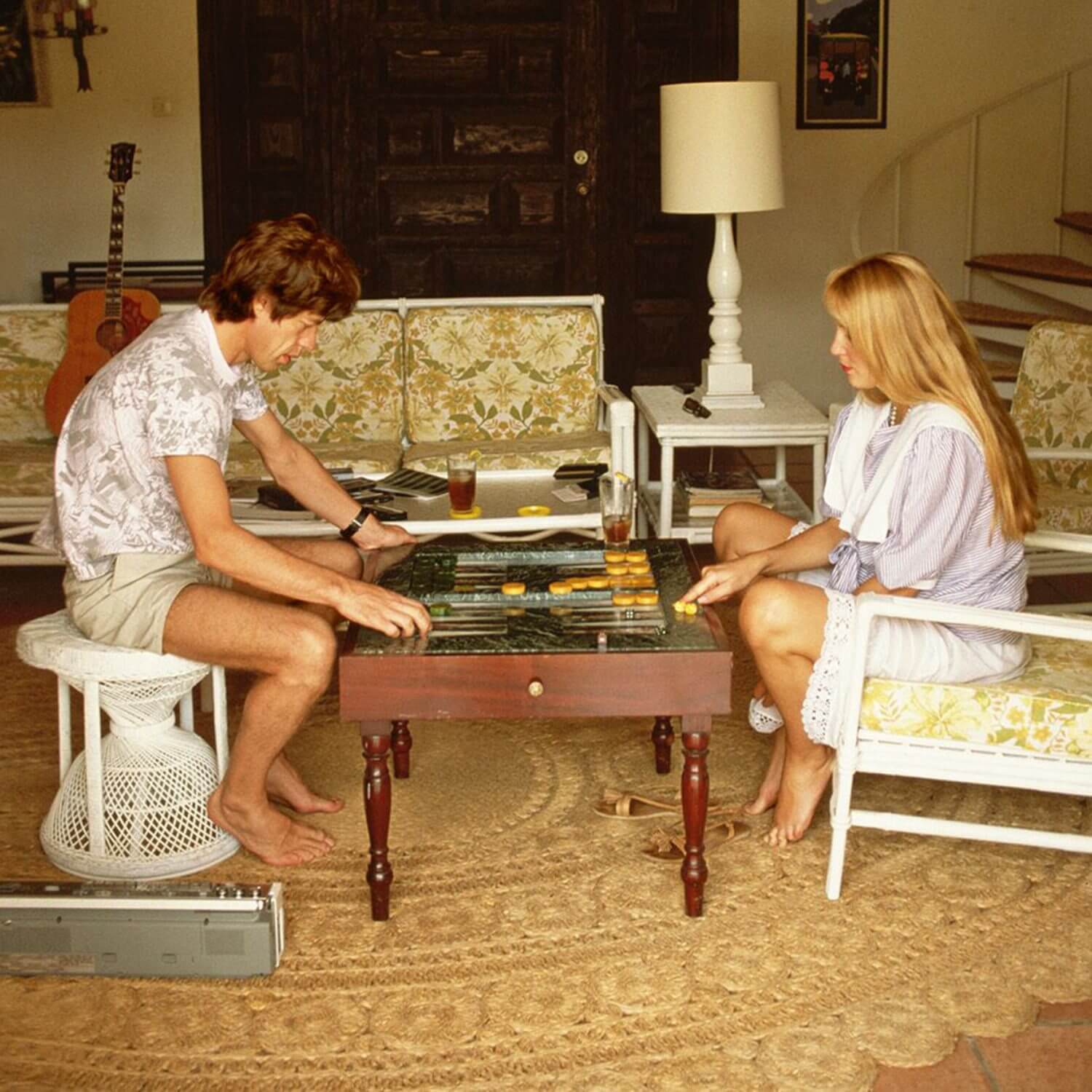 As the old adage goes, backgammon is a game that takes a minute to learn and a lifetime to master, and its popularity continues to grow today, with high-profile tournaments for experienced players offering lucrative prizes and a growing worldwide fanbase of players who have recently fallen for its addictive, risk-taking charms. 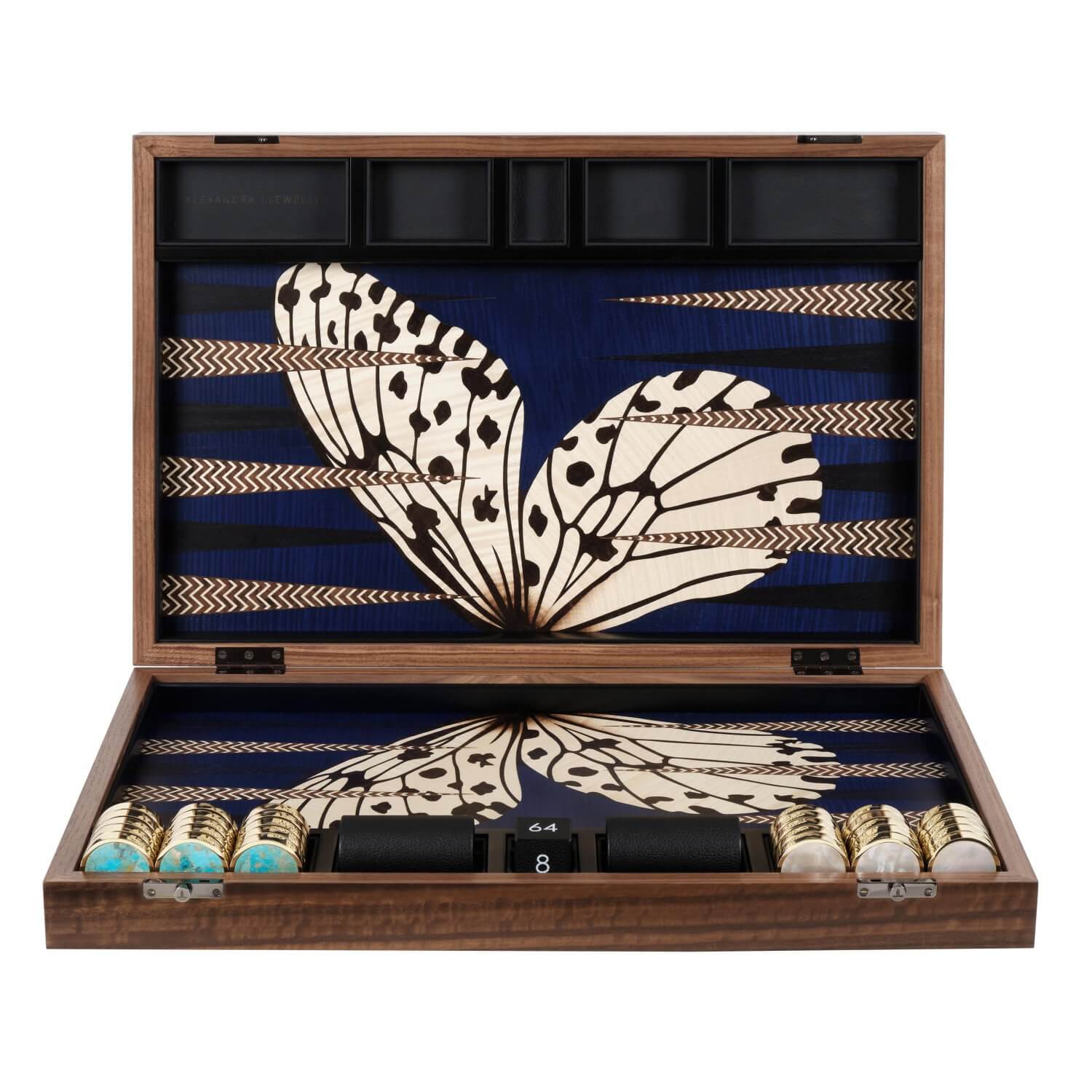 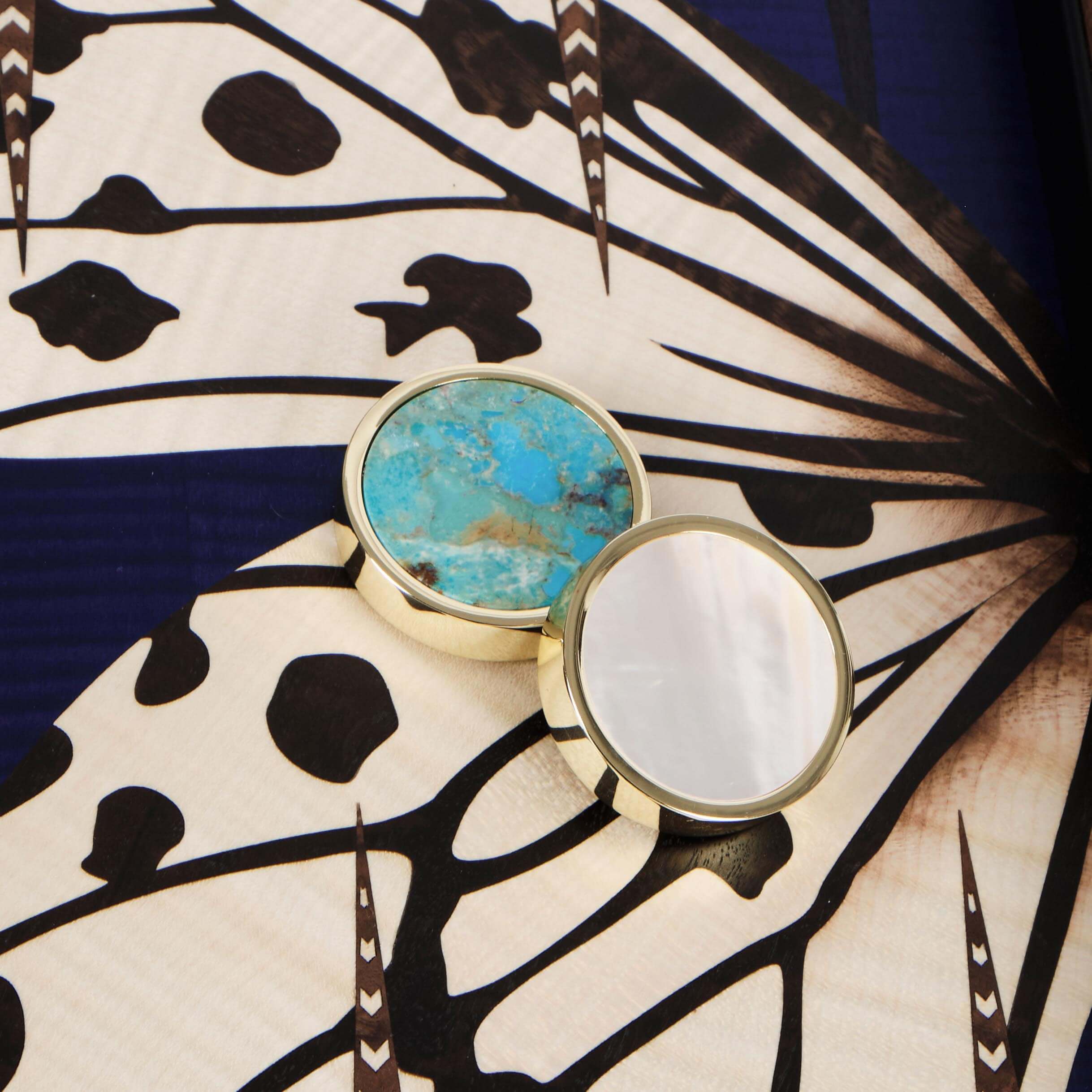 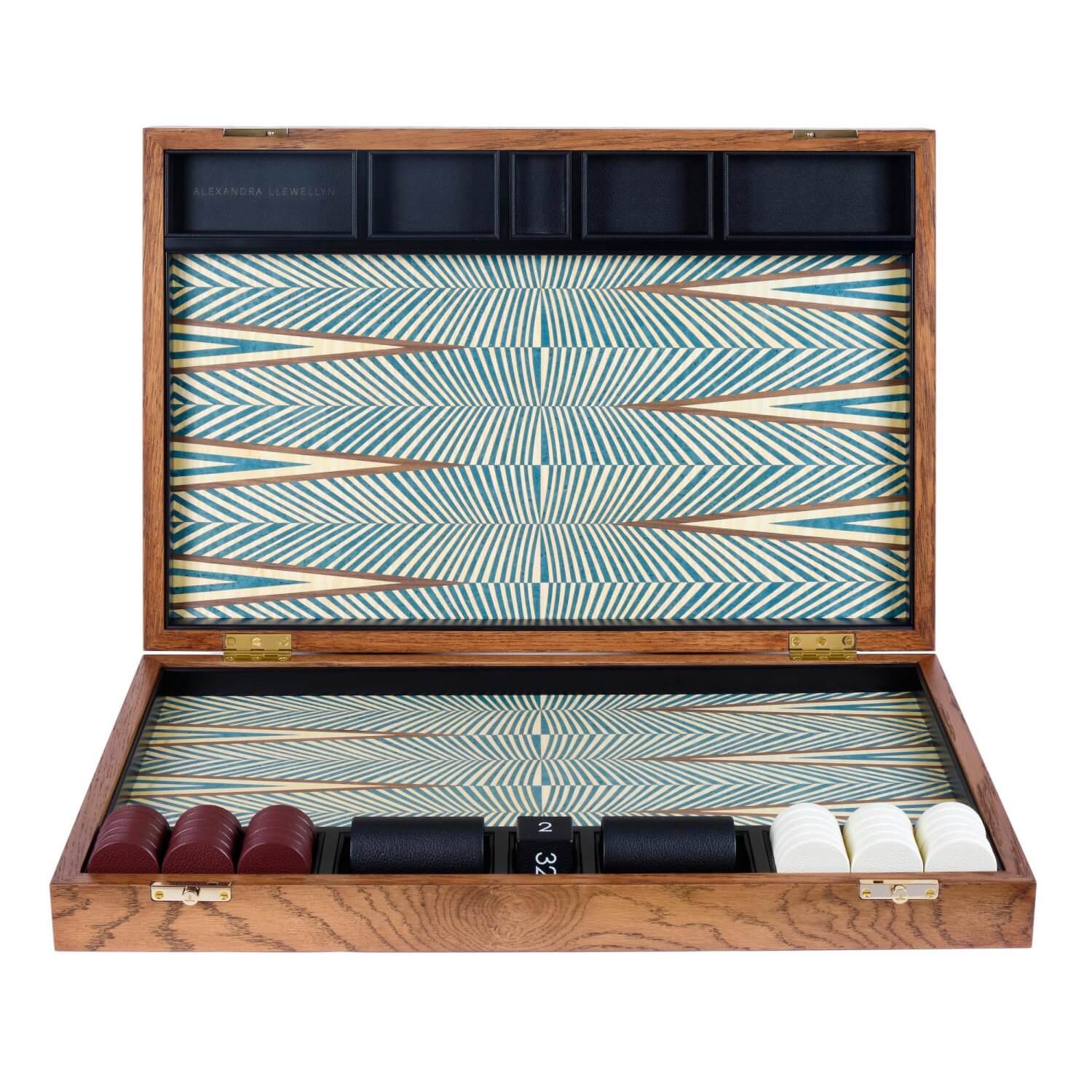 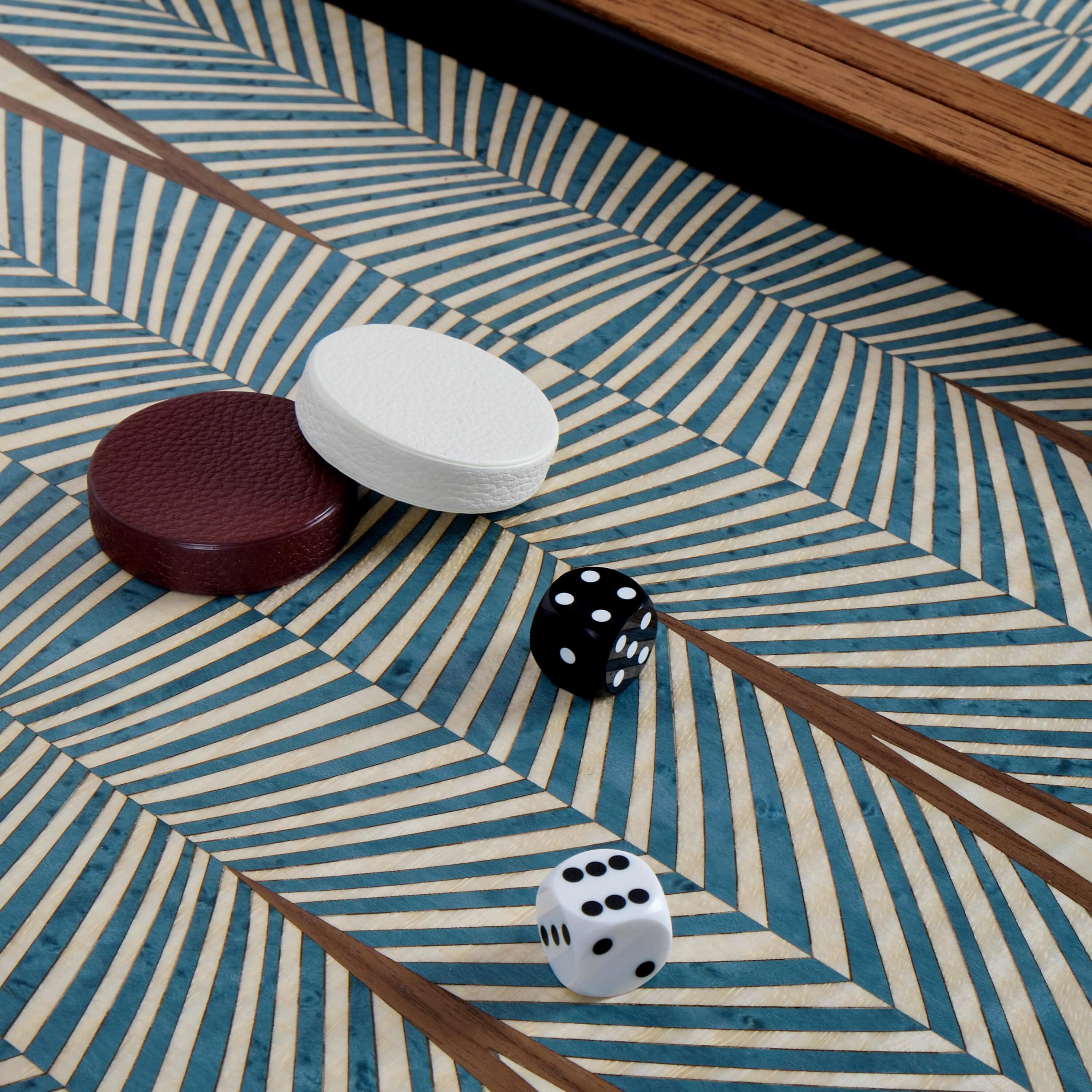 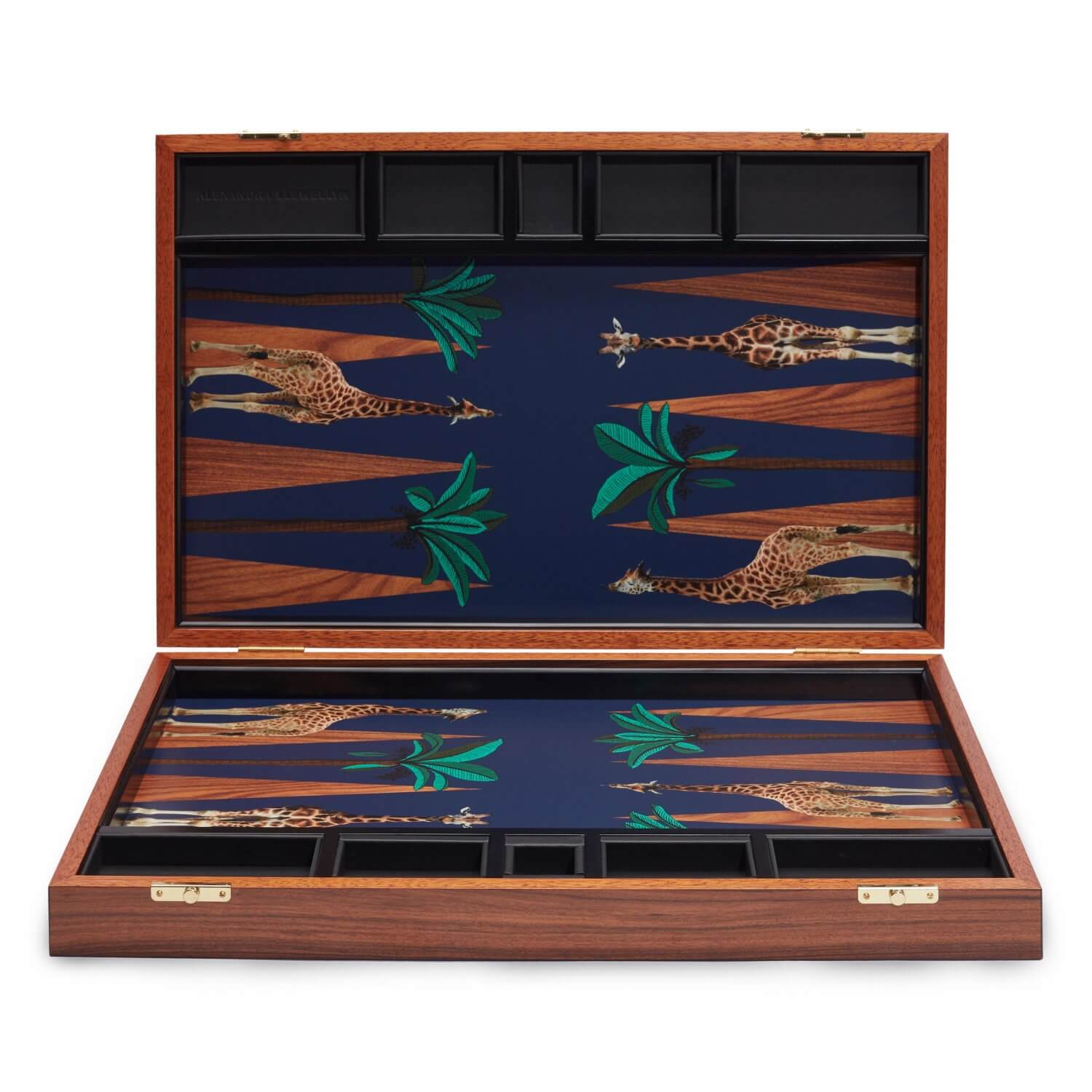 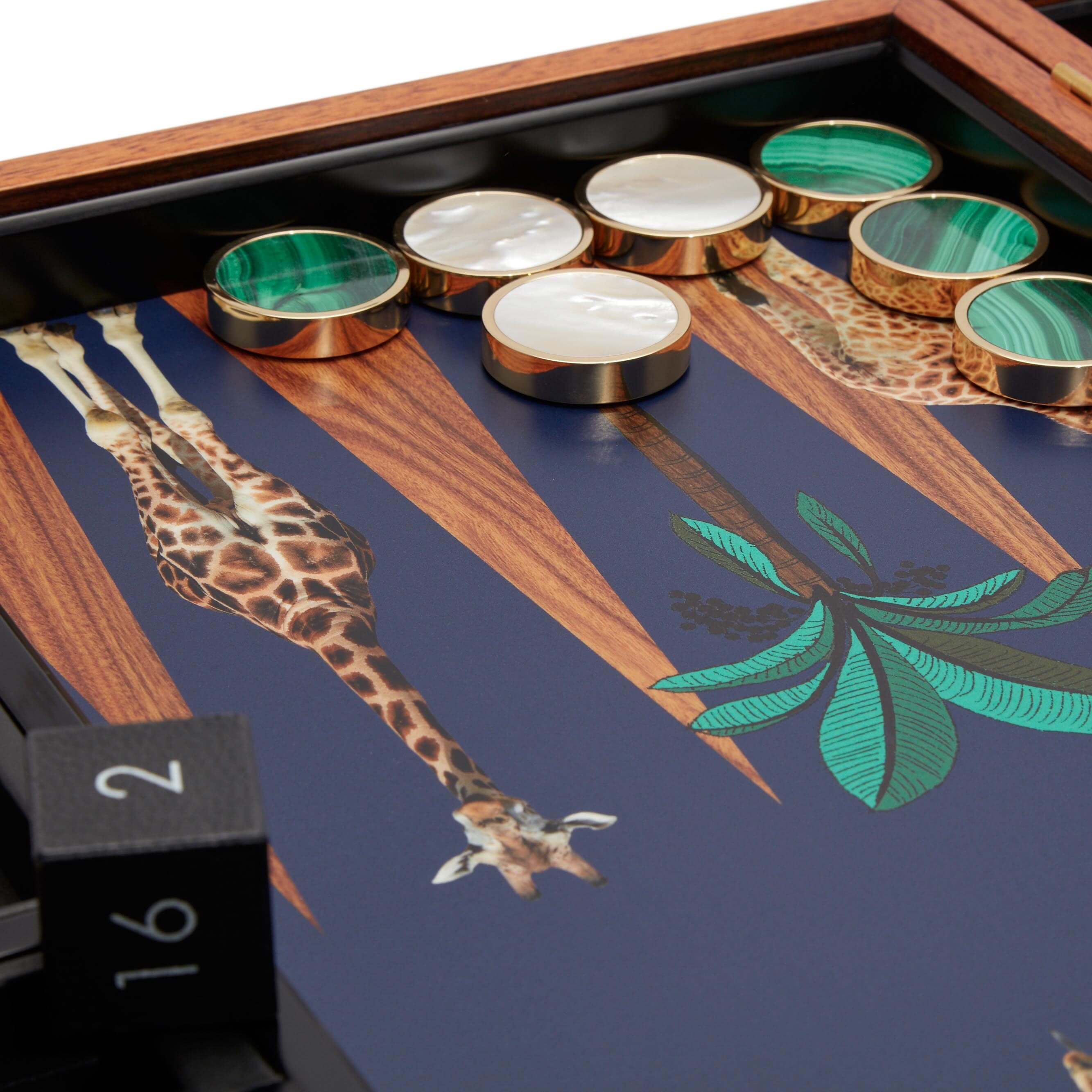 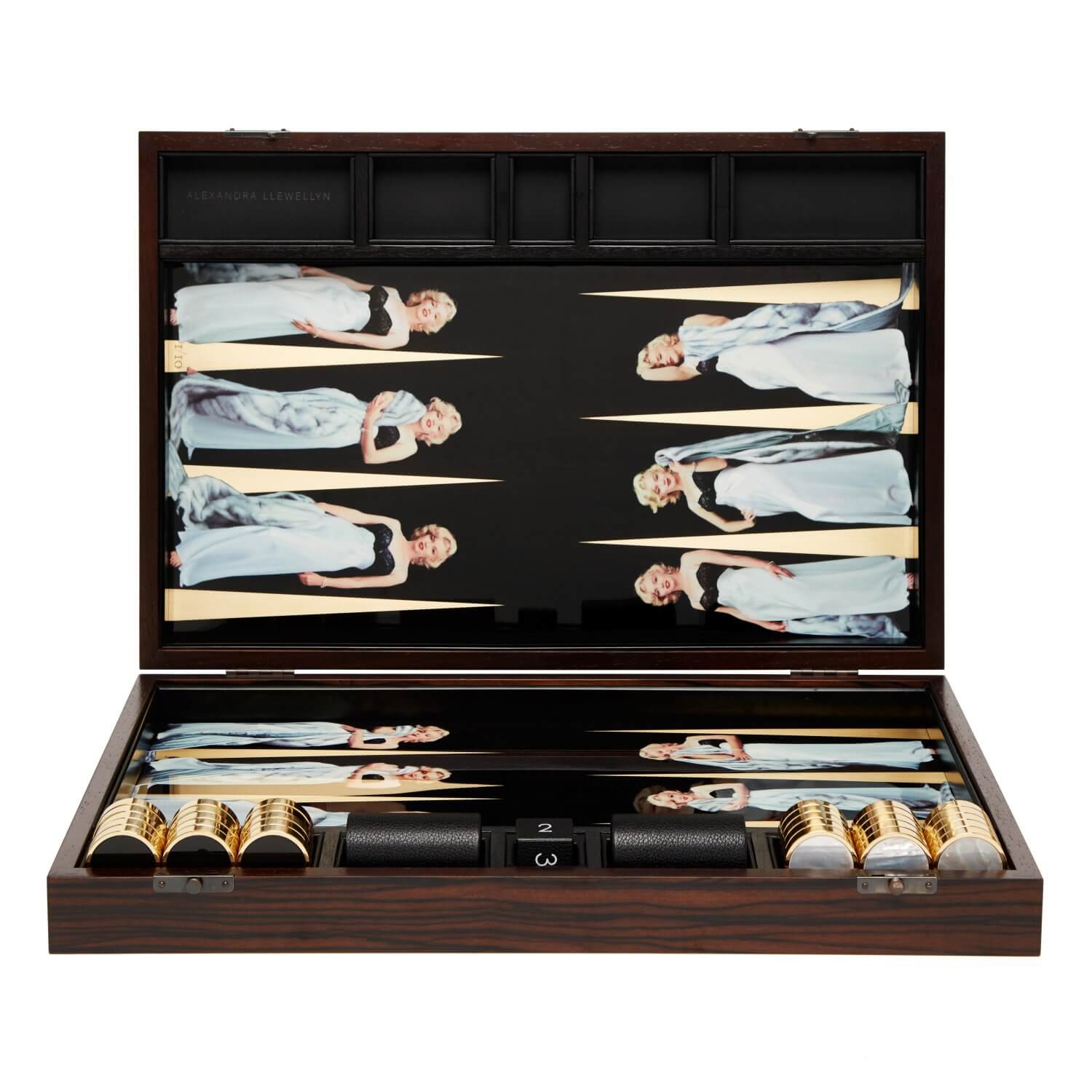 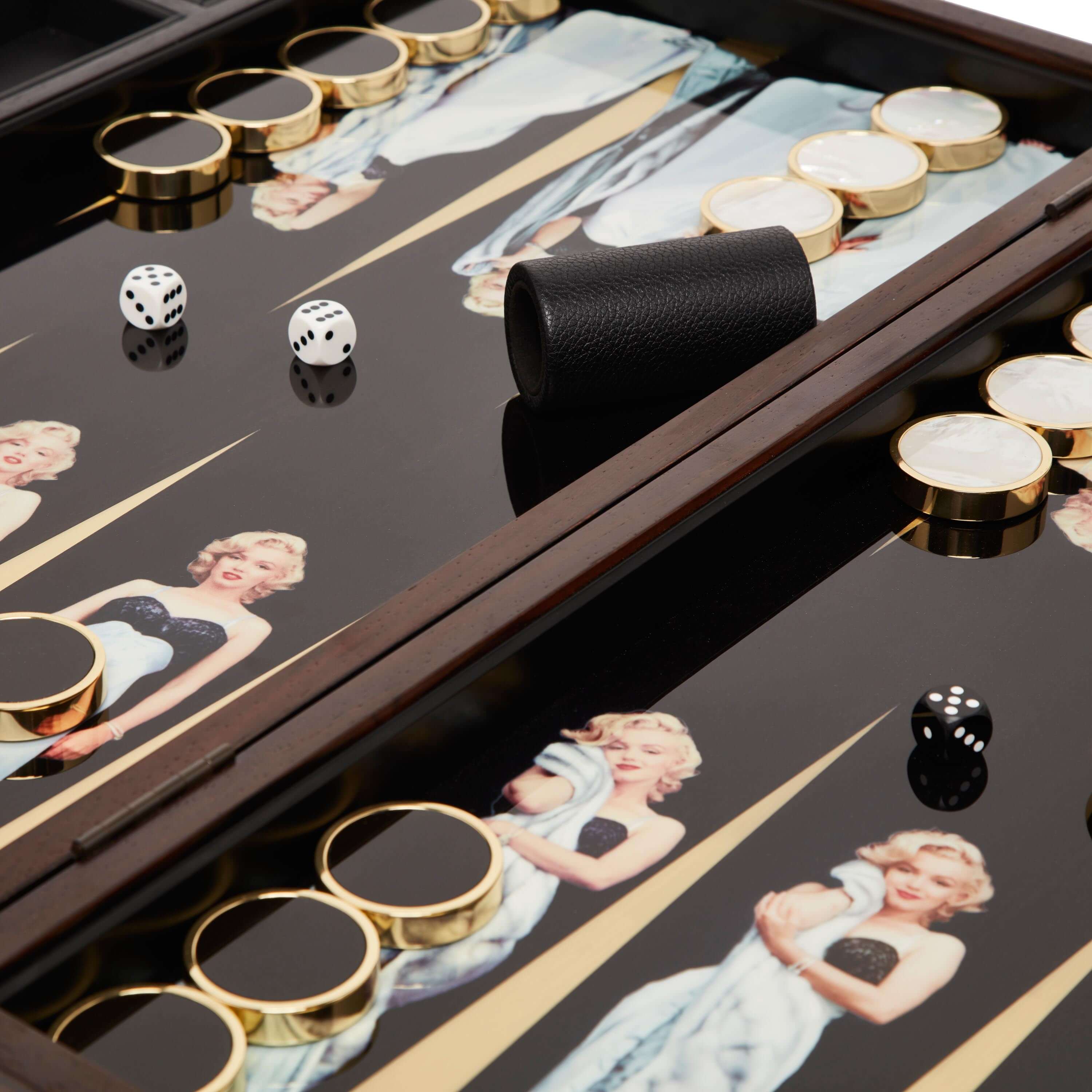 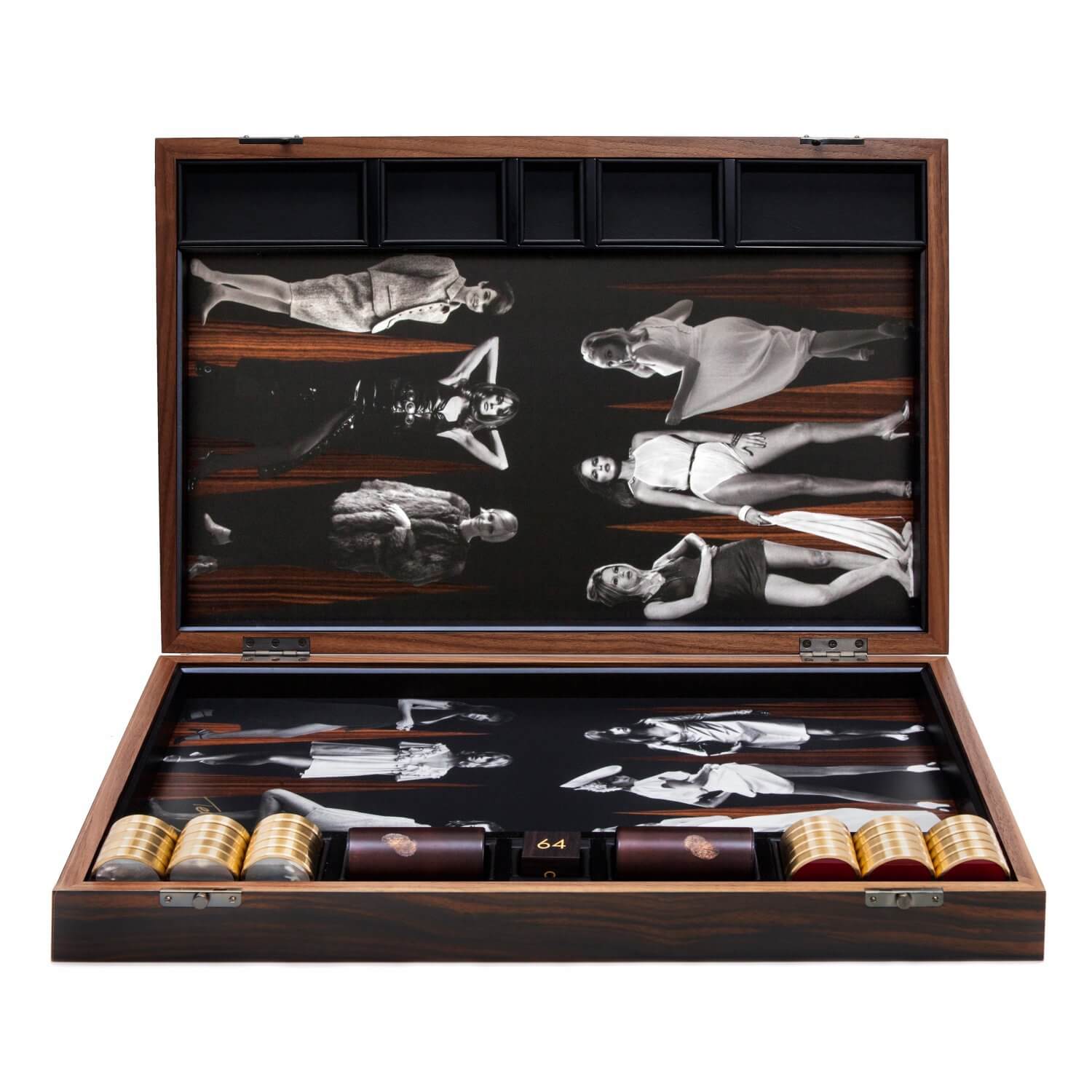 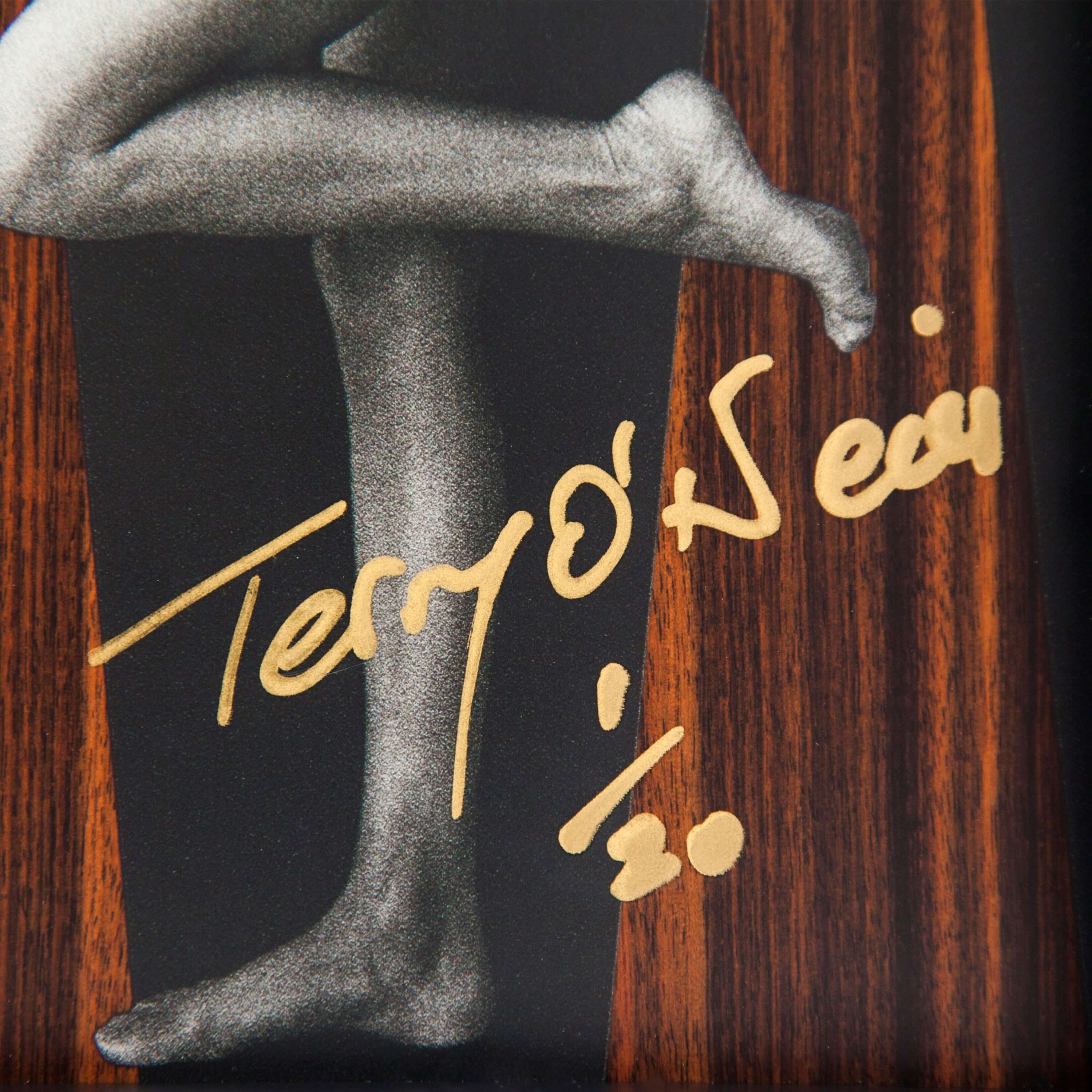 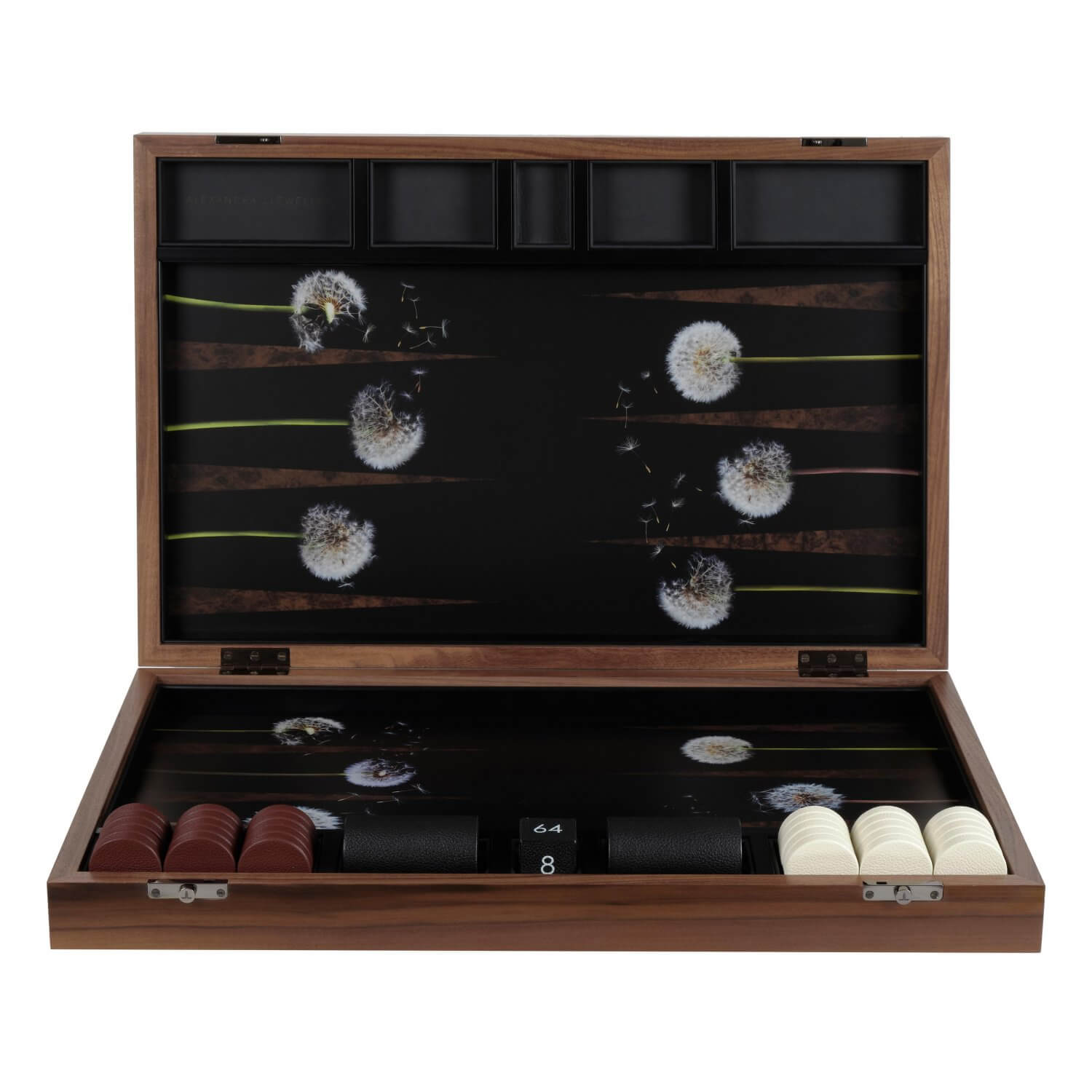 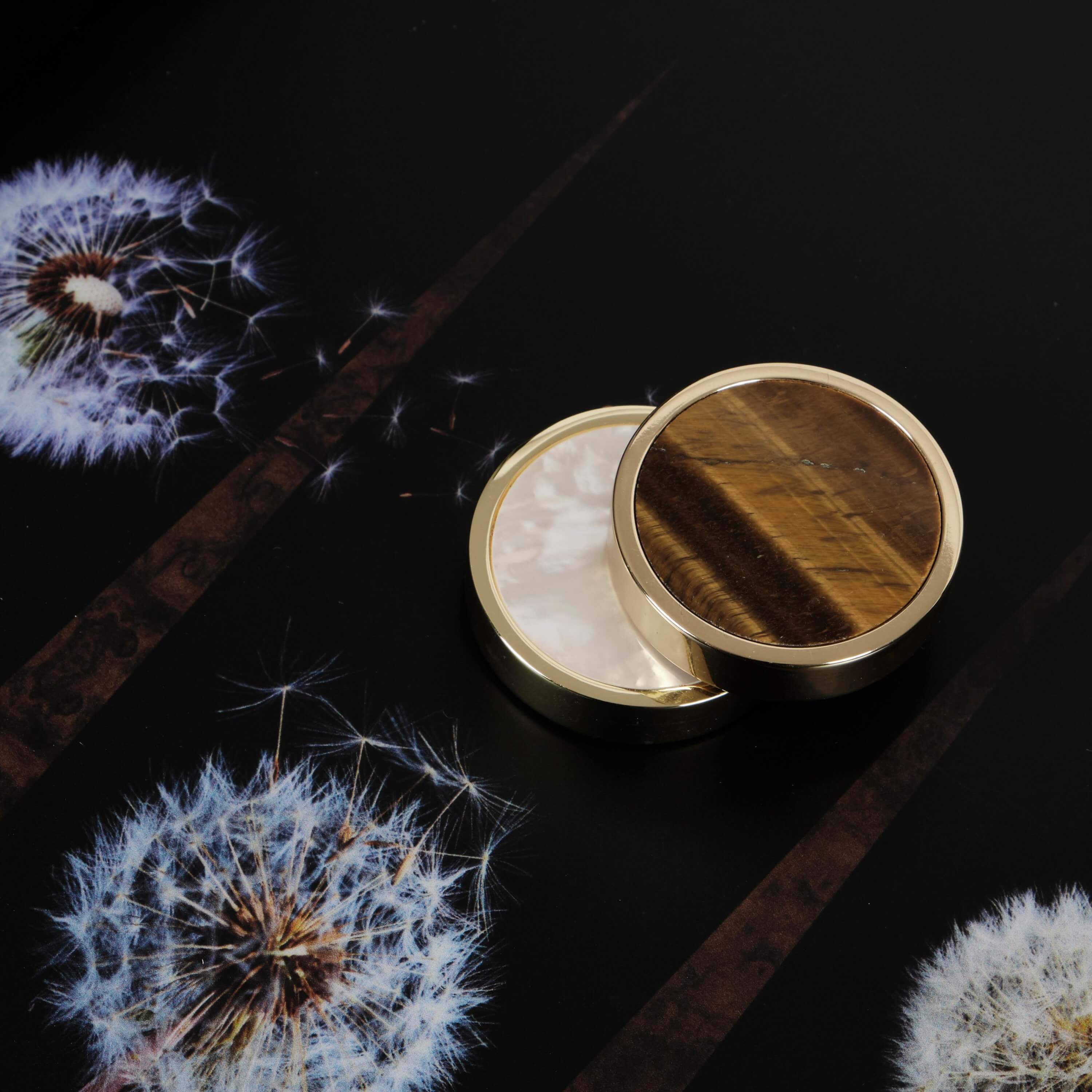 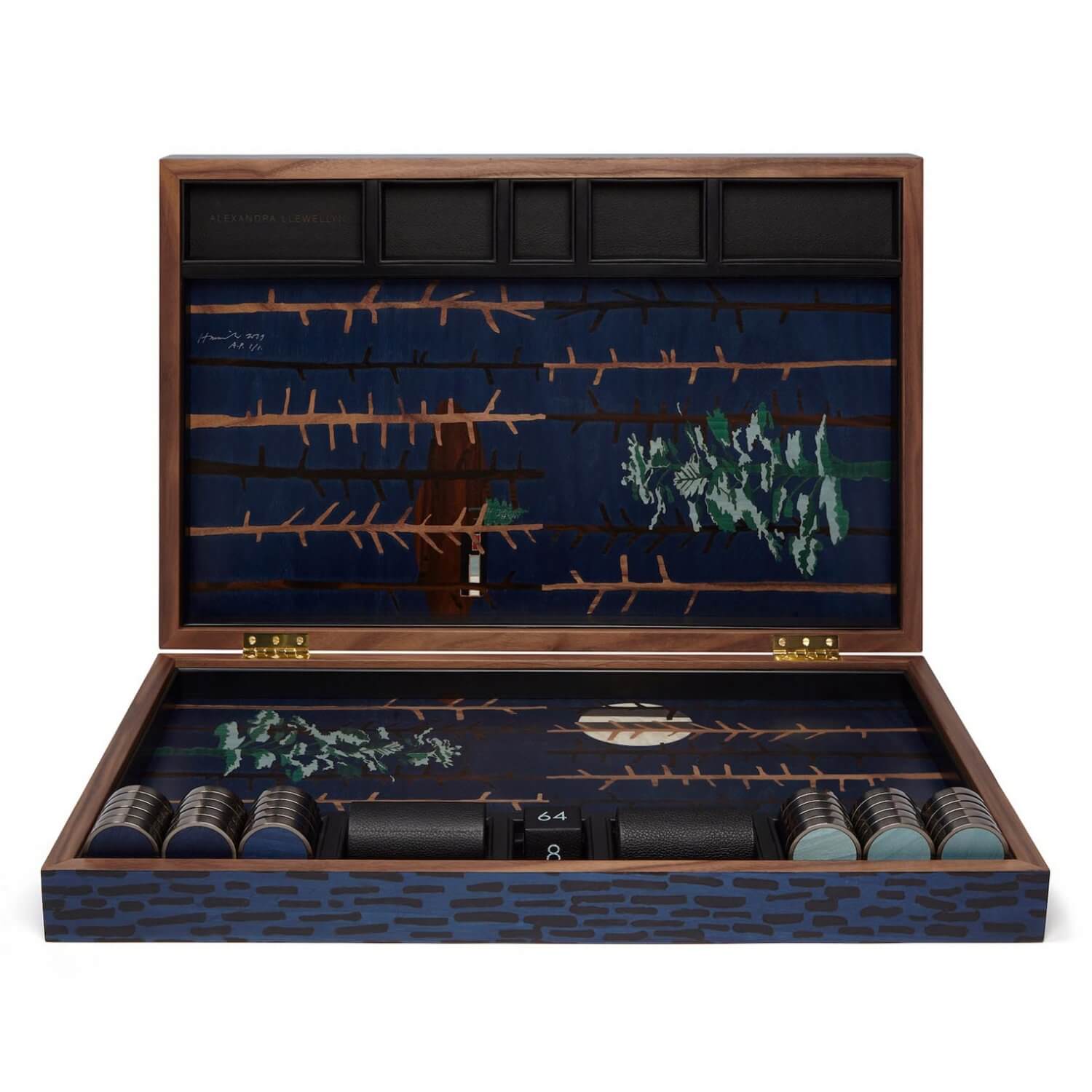 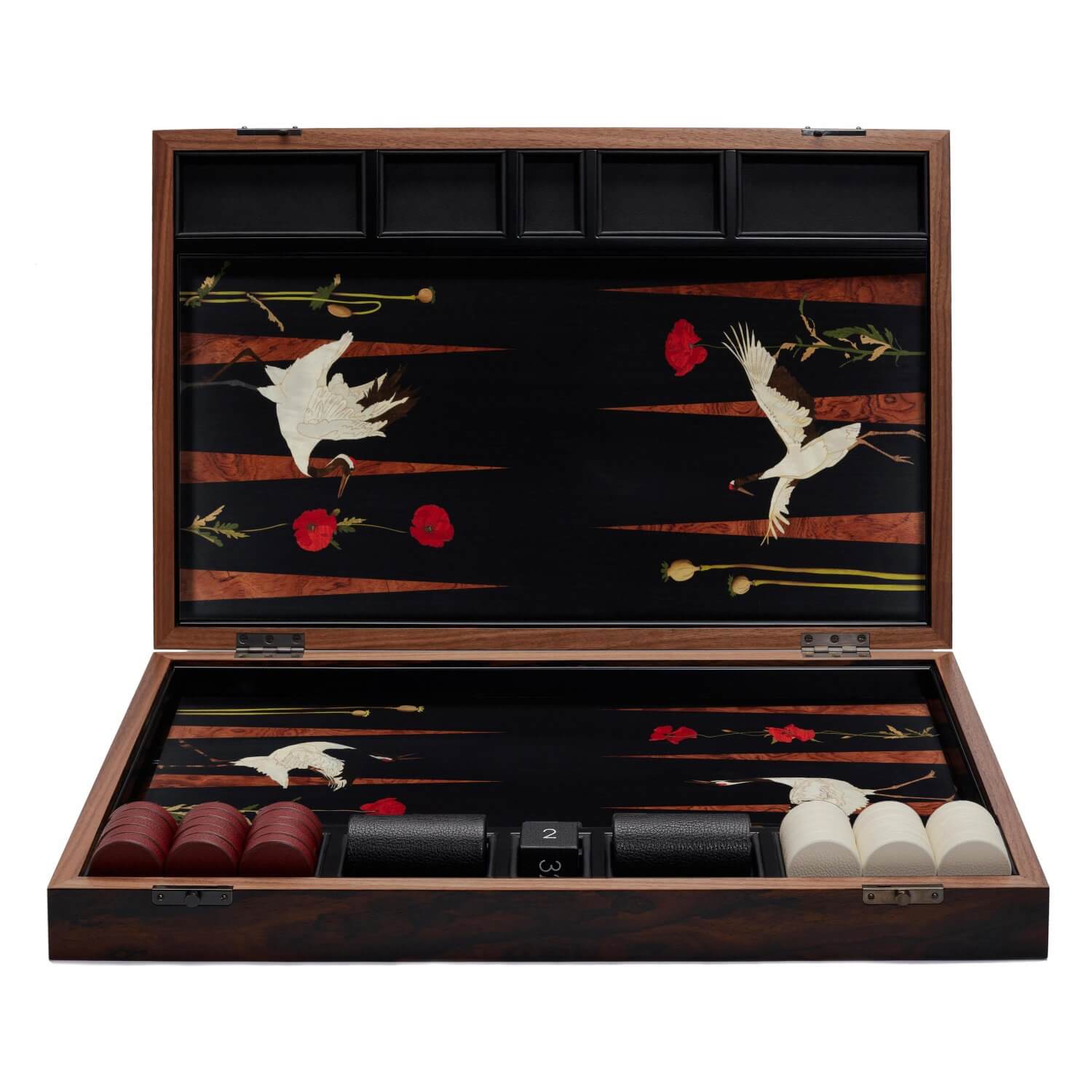 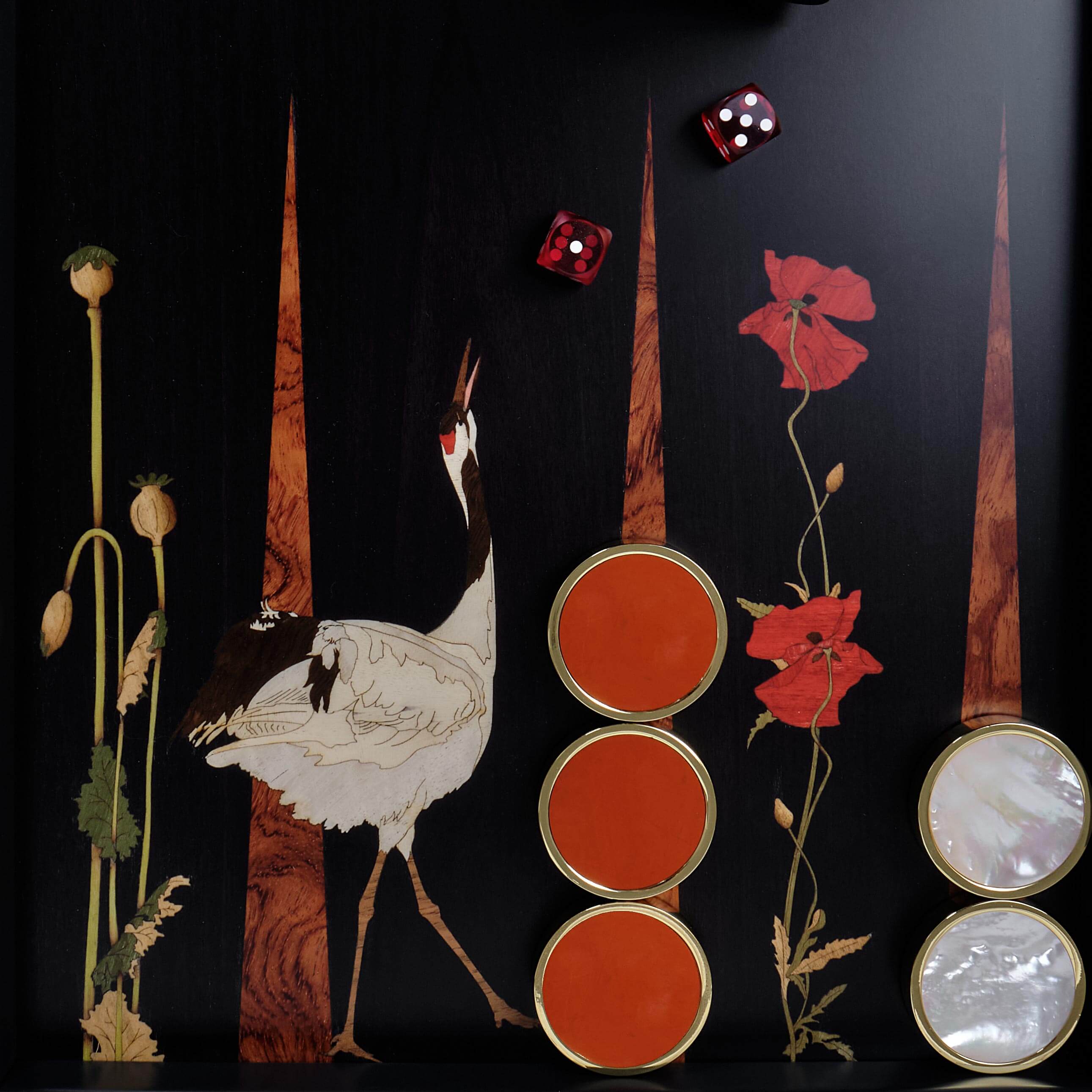