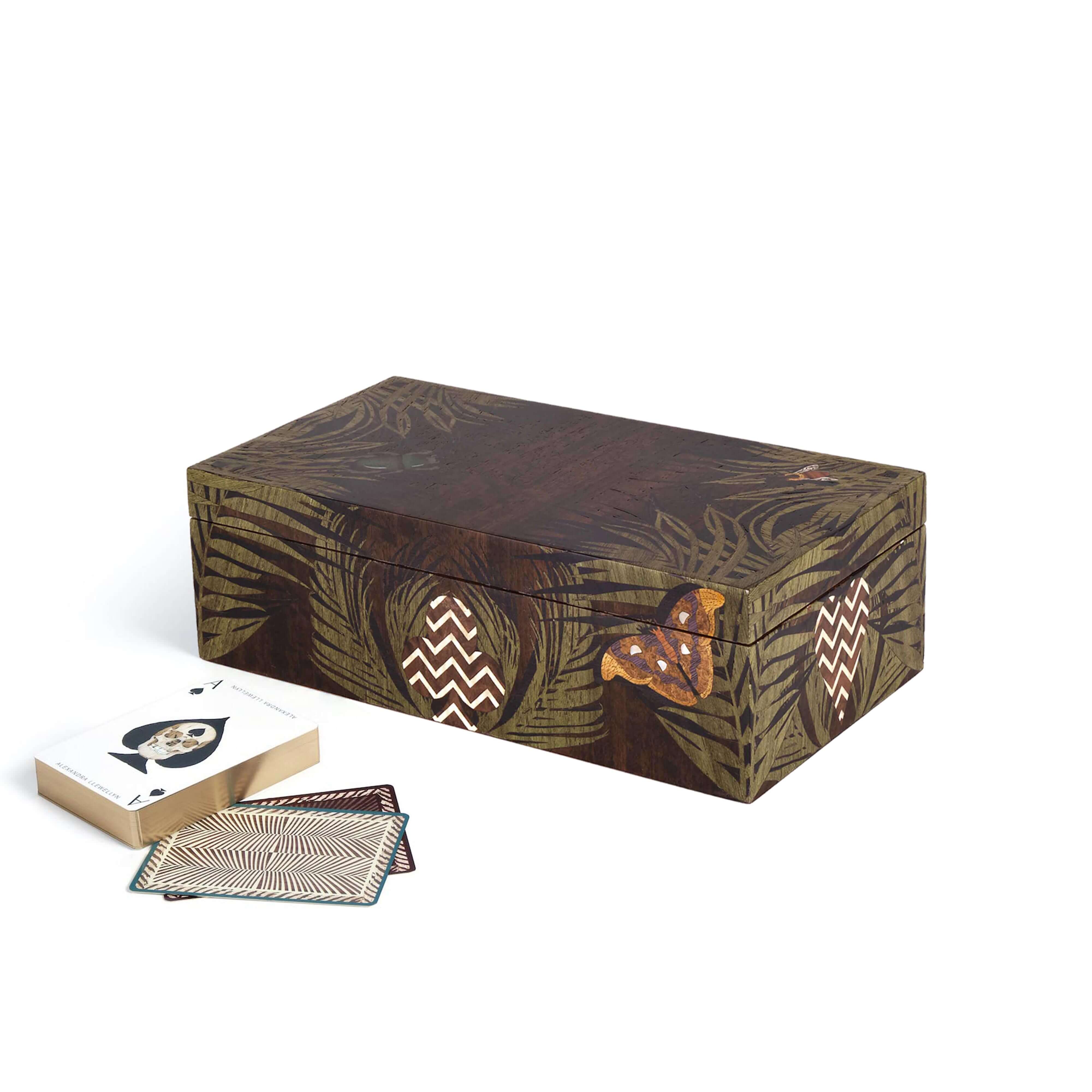 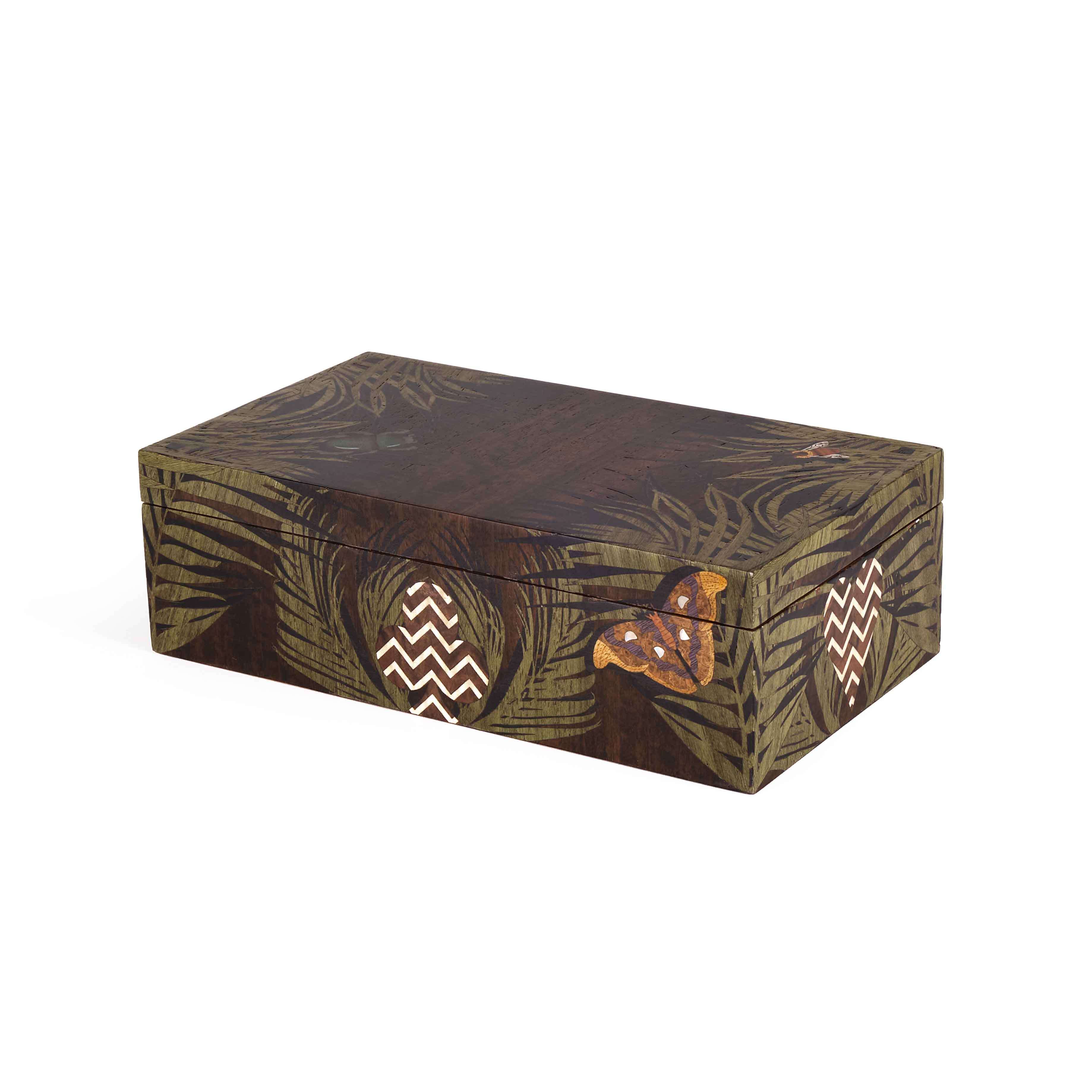 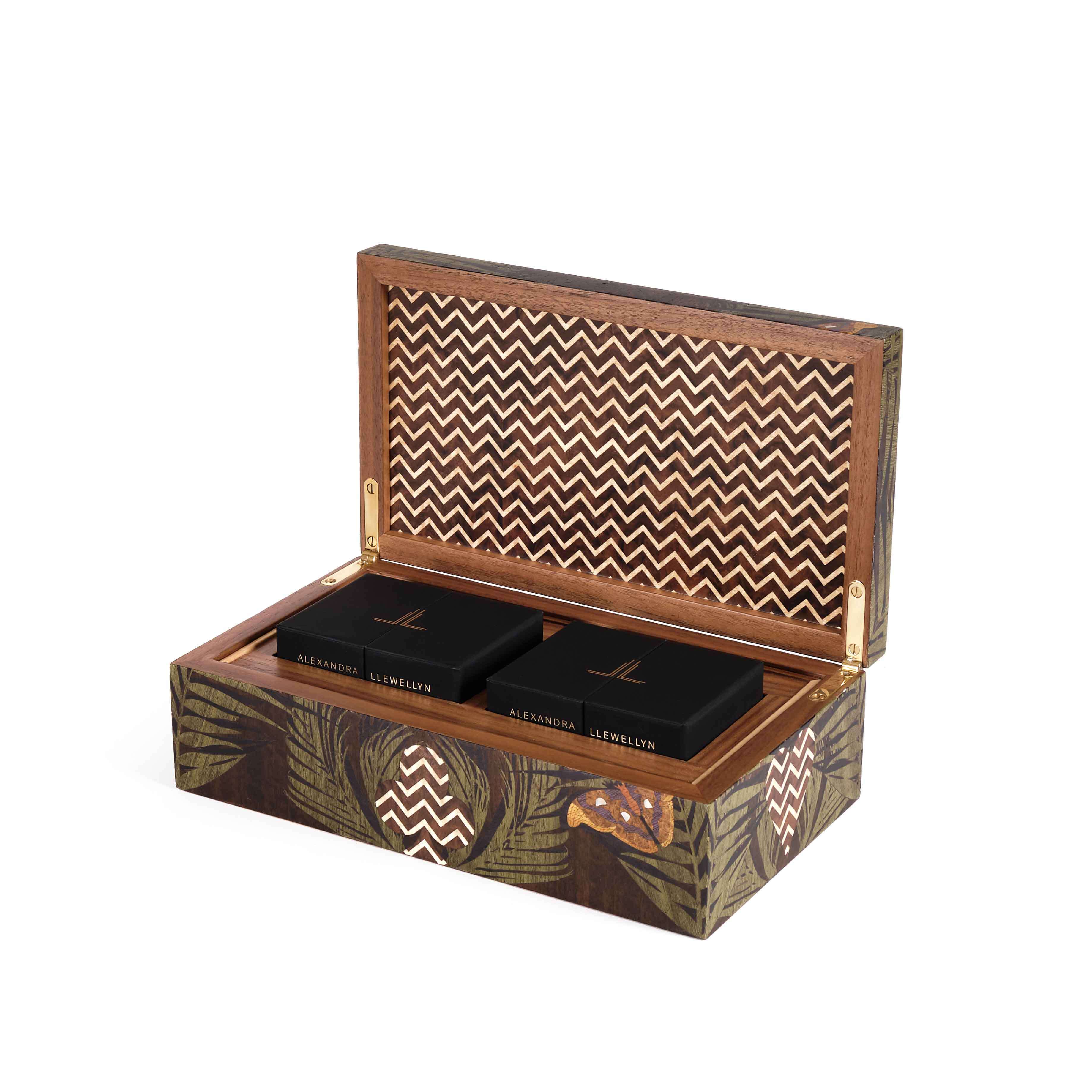 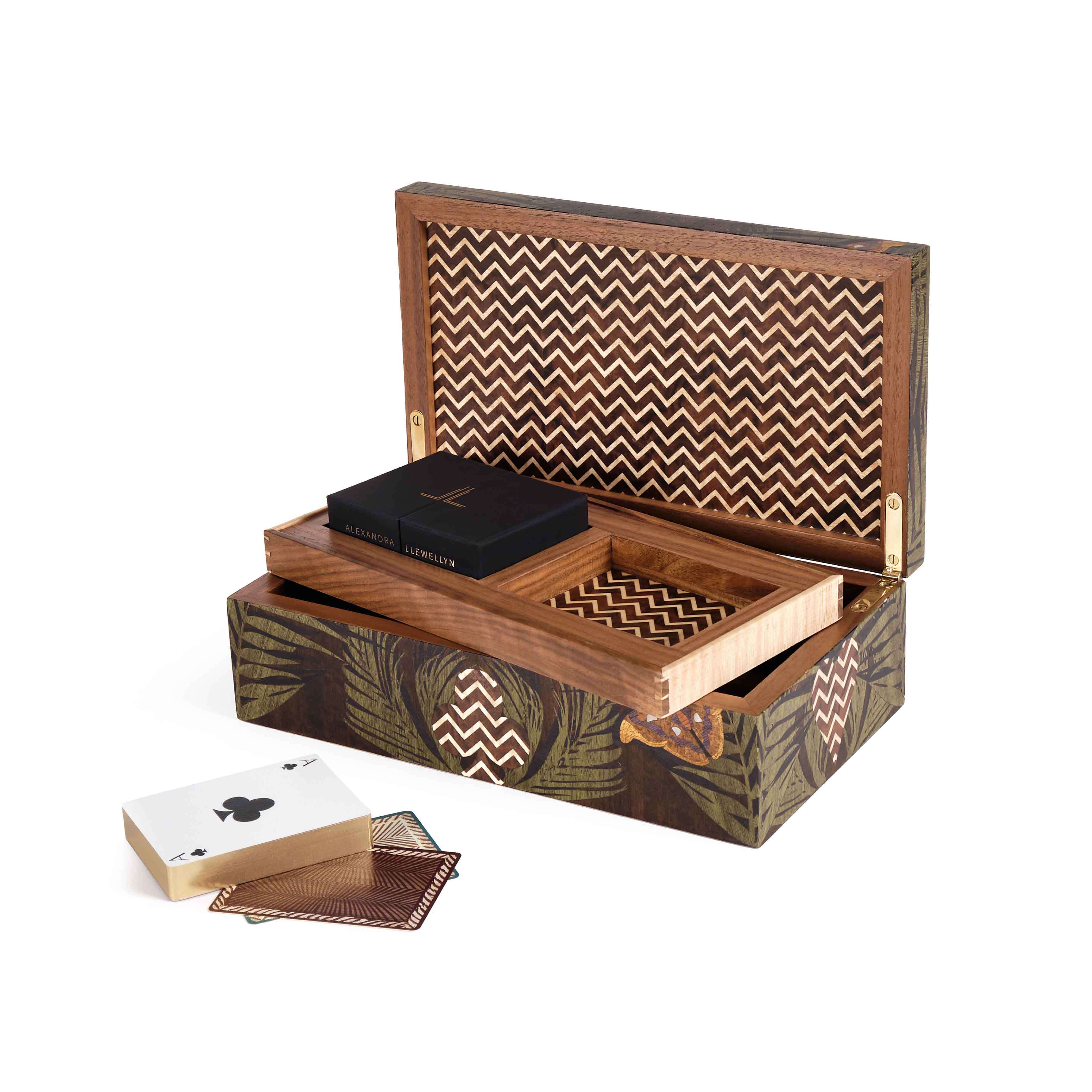 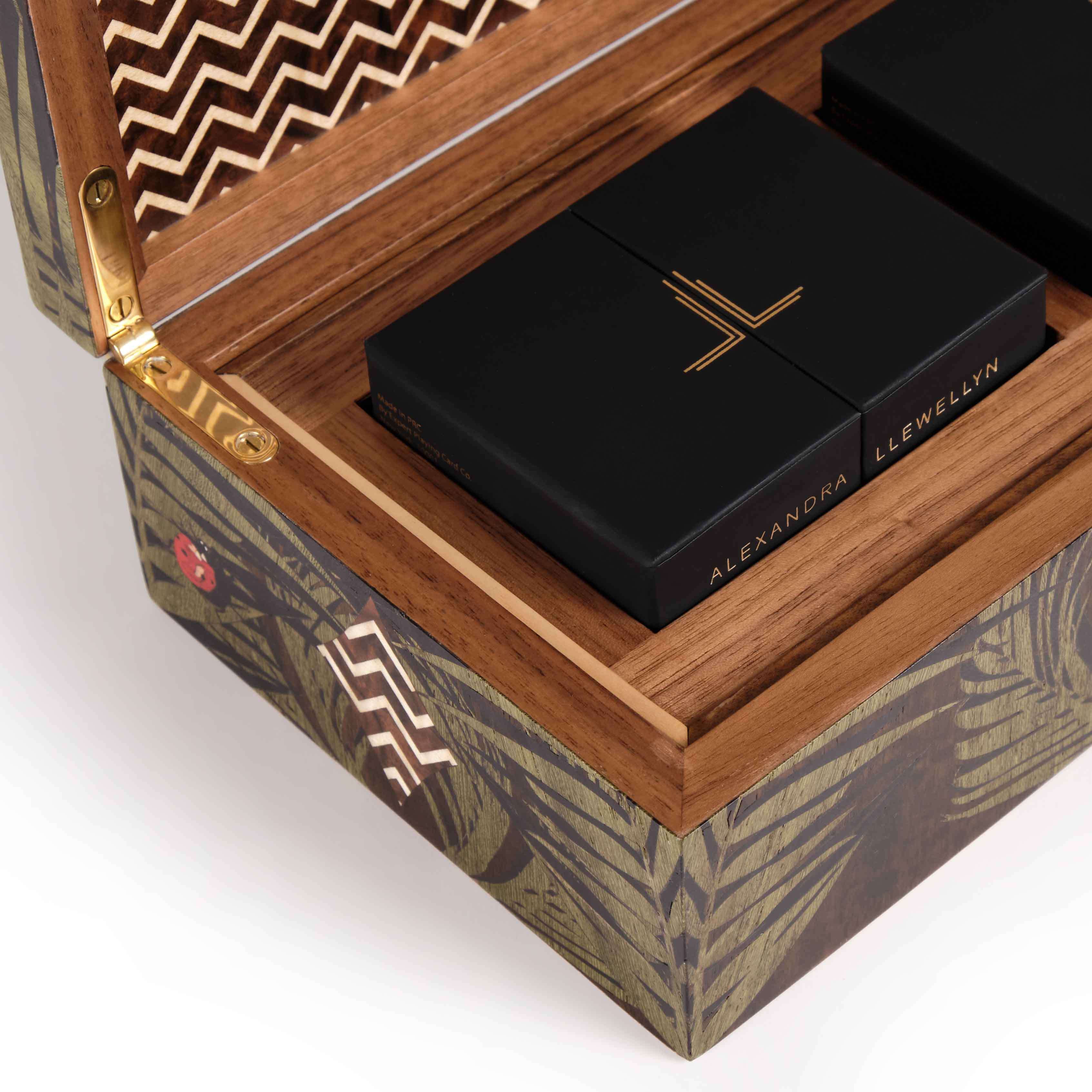 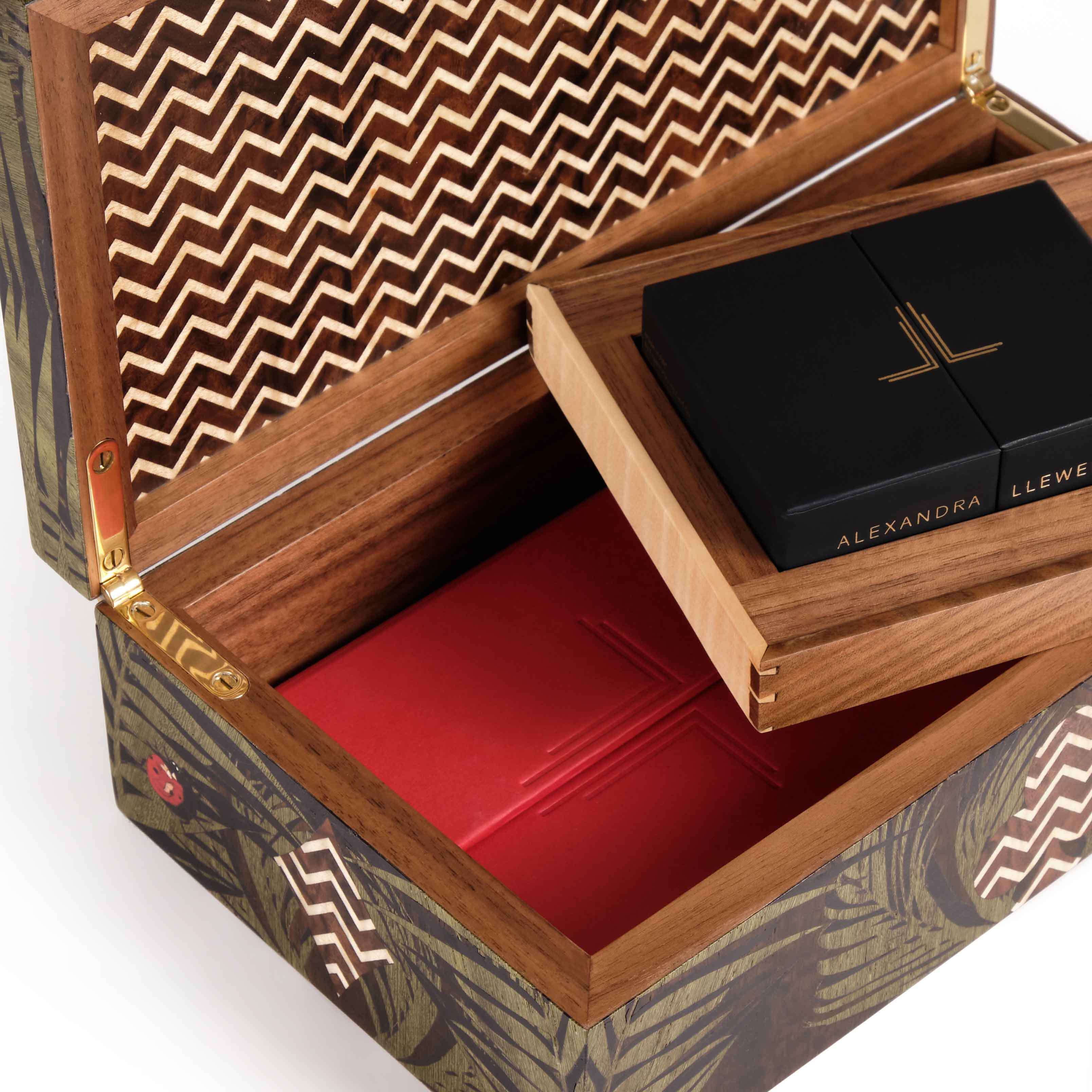 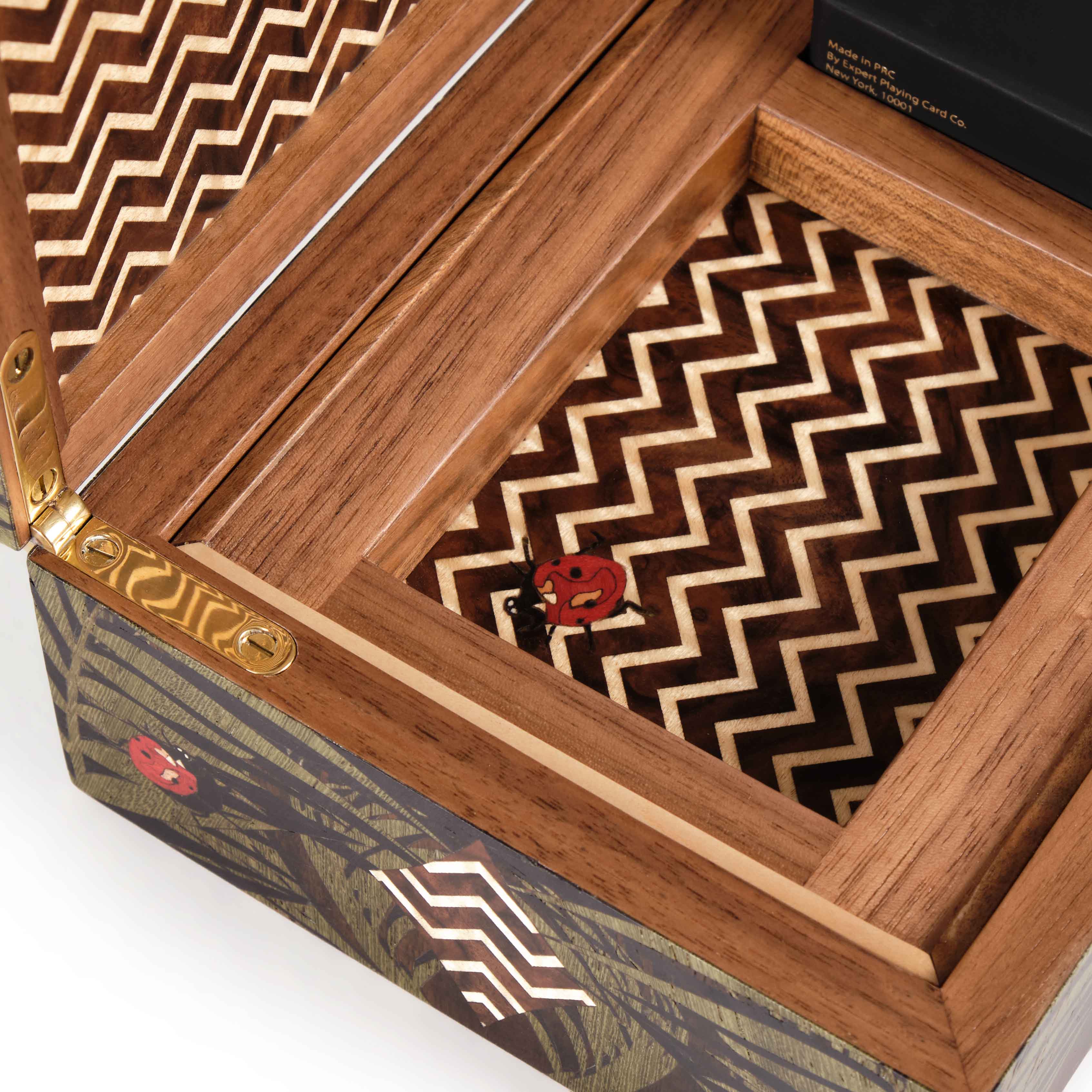 This is a piece that deserves to always be on display. The design highlights the beauty of the natural world and presents beautiful marquetry woods throughout. 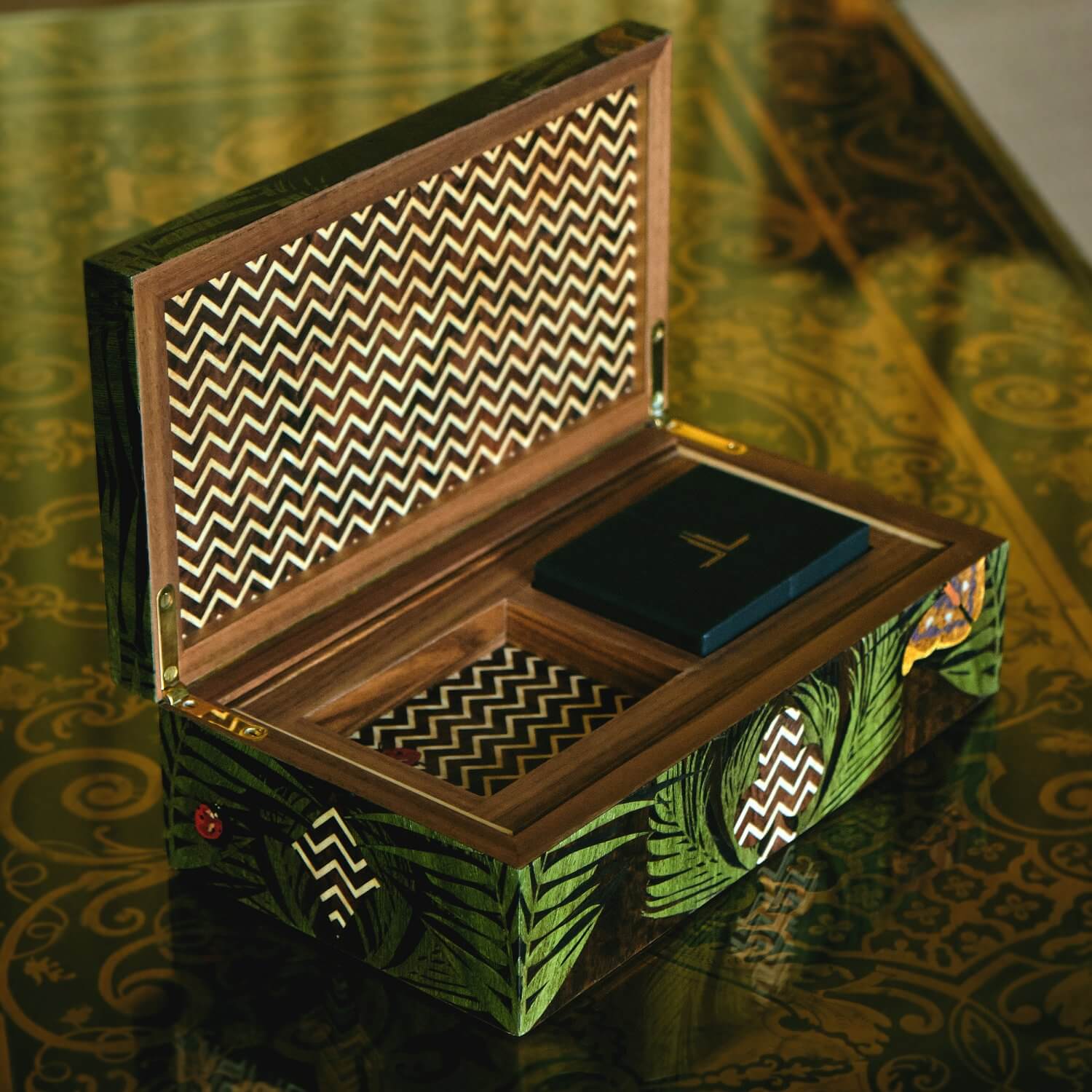 Alexandra’s charming design incorporates jungle residents from near and far. These include a colourful hummingbird and stag beetle, common sights in the rainforest, alongside some surprise visitors, intricately rendered in wood marquetry: a rare North American Luna moth, a European honeybee and a British ladybird, who reappears on the tray inside.

The same size and scale as our other double cards boxes, the wooden tray neatly stores two packs of our limited-edition Signature cards in red and turquoise, beneath which is space for our red score pad. Designed to keep track of your card games, the pages are printed with some of Alexandra’s best-known designs on sustainable Colorplan paper. 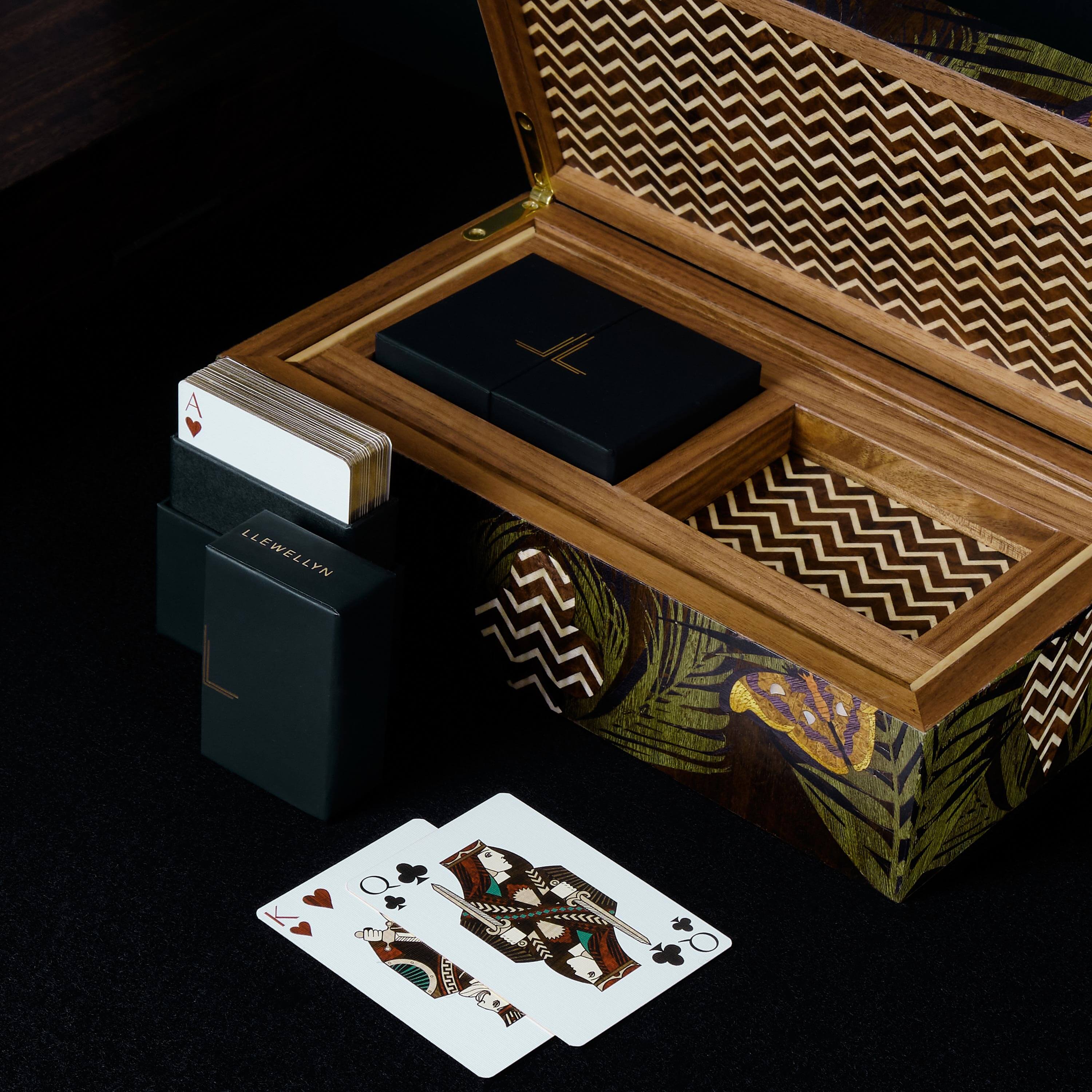 THE WARMTH OF WOOD

Perfectly capturing the hot and humid jungle atmosphere, the abundant green palm fronds are realised in richly grained Green Koto wood, while the interior of the box is handcrafted from swirling walnut burr. Decorating the four sides of the box, the suits of cards are inlaid with an intricate sycamore chevron pattern, which extends to the inside of the lid.

Handmade by Alexandra’s highly skilled master joiners, the marquetry is perfectly aligned for a seamless finish where the lid meets the box, which is further elevated with thoughtful design details, including polished brass hinges and tiny dovetail joints on the removable wooden tray.

There are myriad opportunities for creativity with our double cards boxes. Get in touch to find out more about personalisation options or to discuss collaborating with Alexandra on a bespoke design that perfectly captures a special someone’s passion for cards in intricate wood marquetry.

Backgammon board box lids and Stone Playing Pieces can be personalised with laser-engraved initials, dates, or even a short message. You can request engraving during the online checkout process.

Complimentary shipping on all orders (for stocked items) to the UK in 3-5 working days. Rest of World 5-7 working days, shipping calculated at checkout. All displayed GBP £ prices include VAT. If your shipping location is outside the UK, the price shown at checkout will exclude VAT.

Every Alexandra Lllewellyn purchase is beautifully gift-wrapped and dispatched in packaging designed to protect and enhance your new game. If the order is a gift, you can write a gift note at checkout. We will remove any paperwork stating the price.