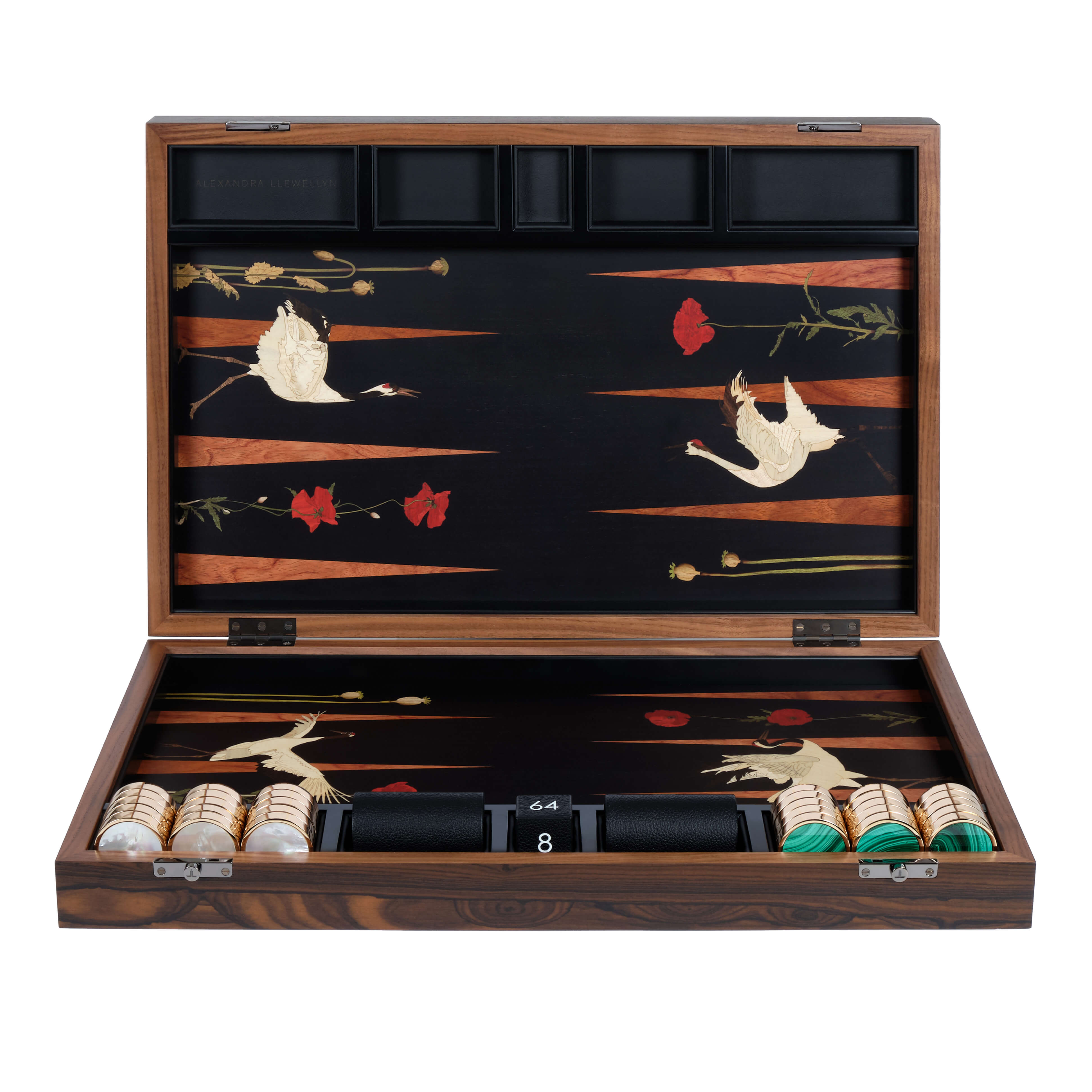 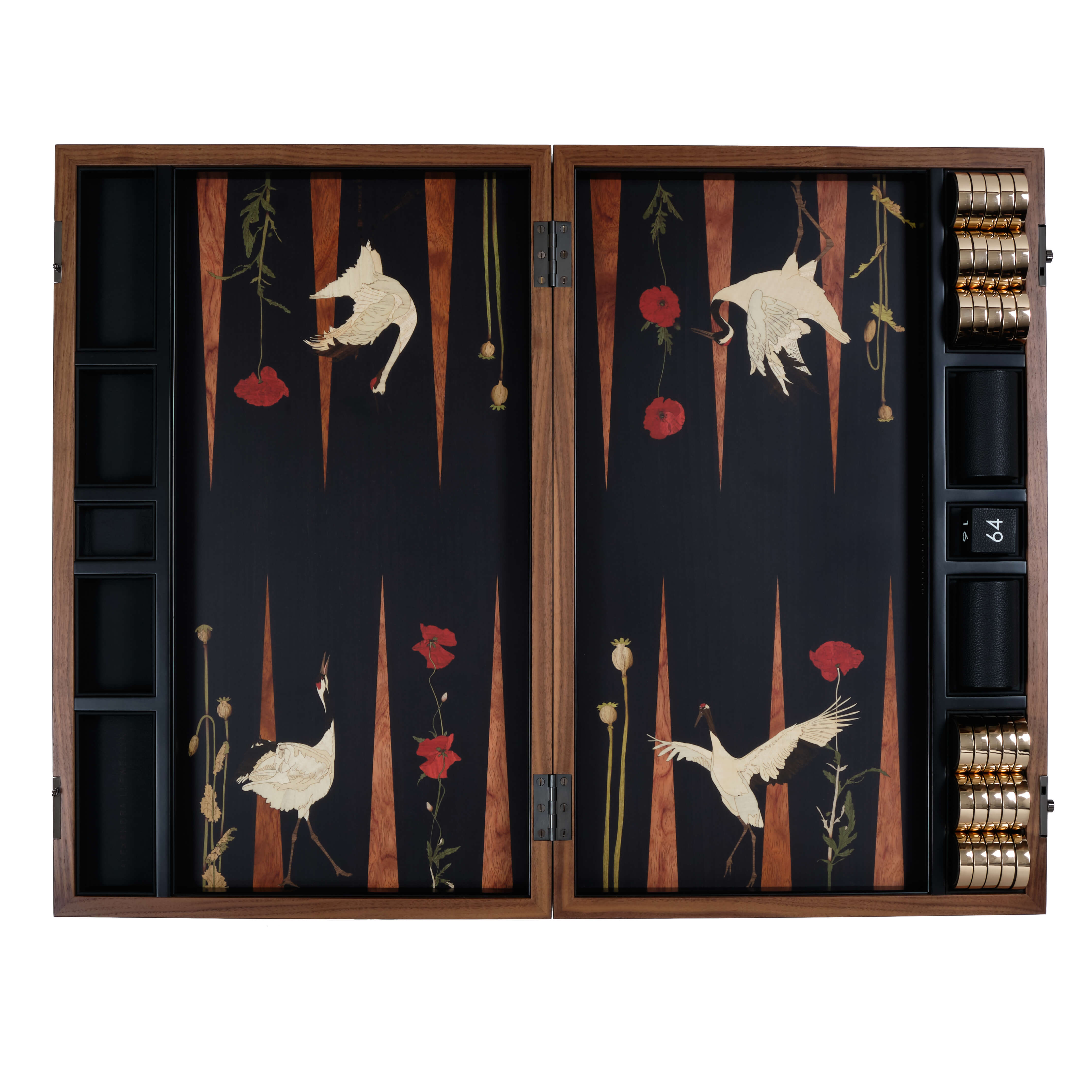 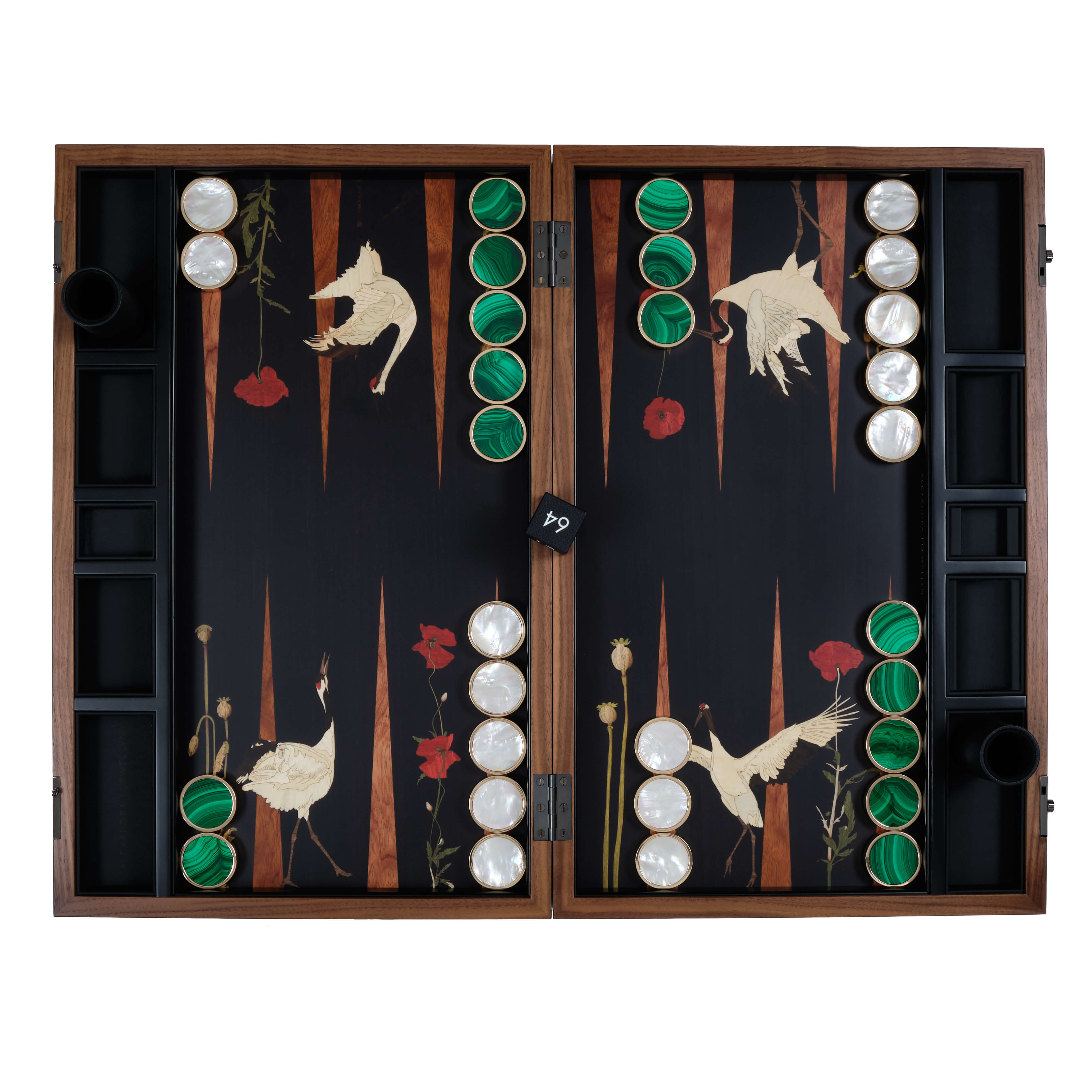 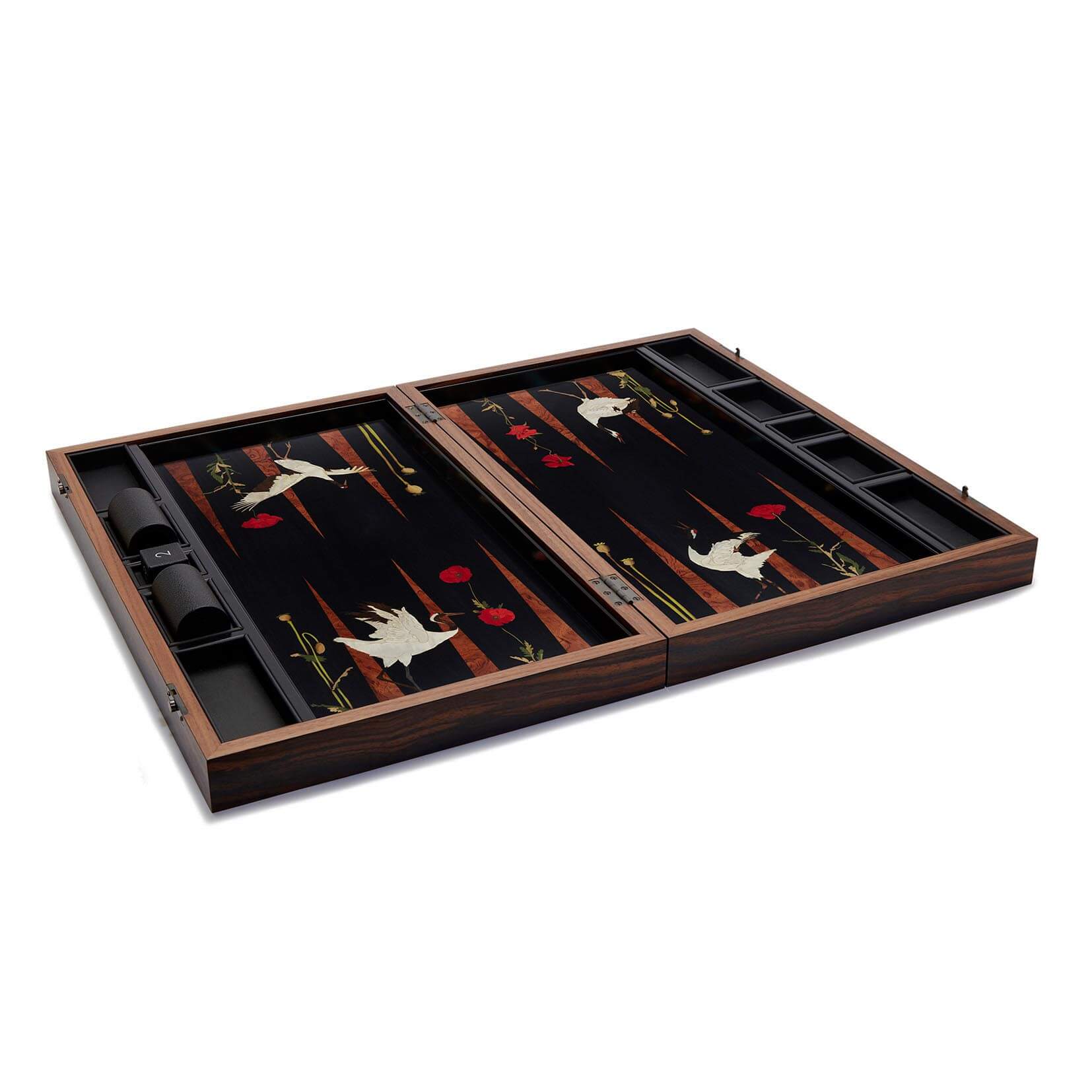 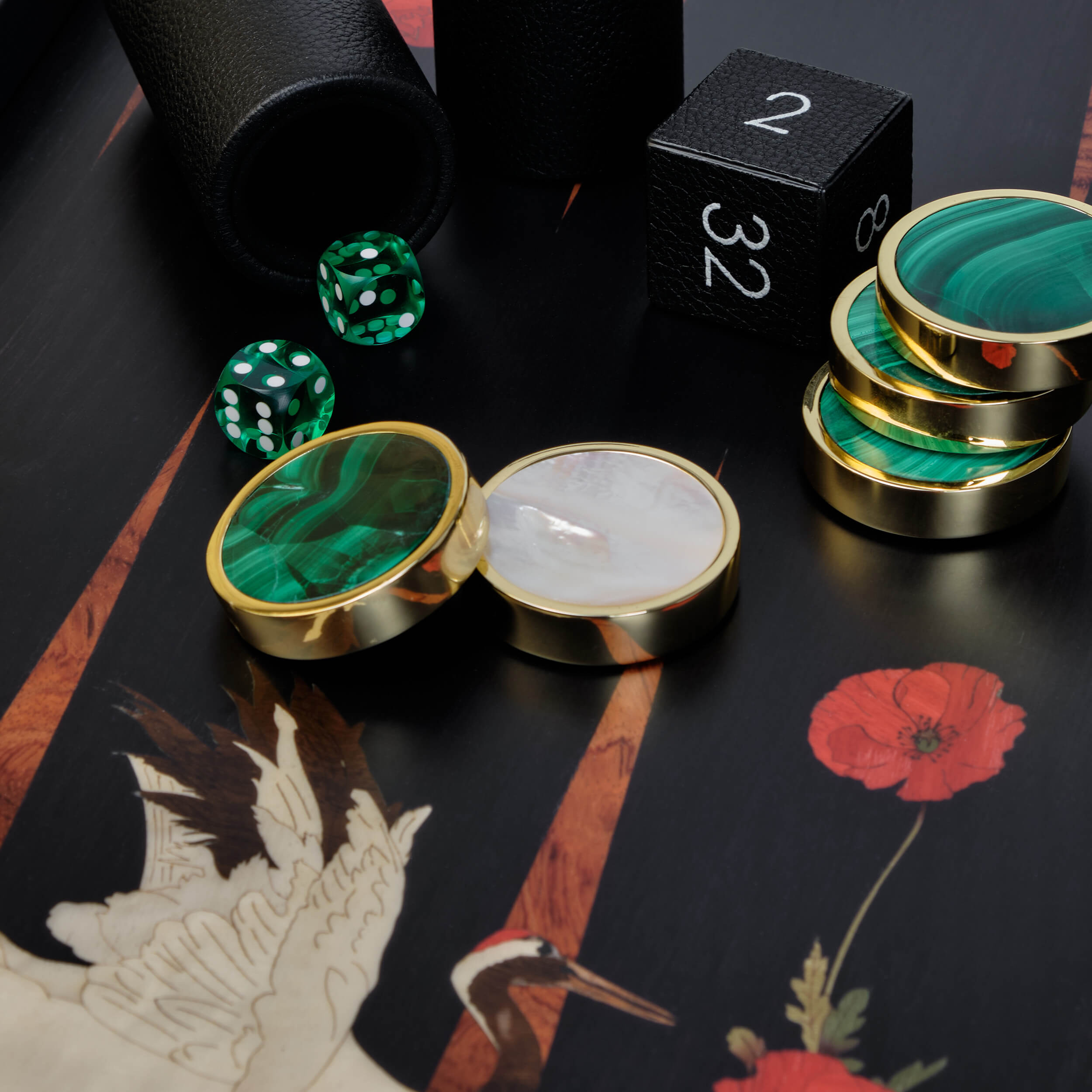 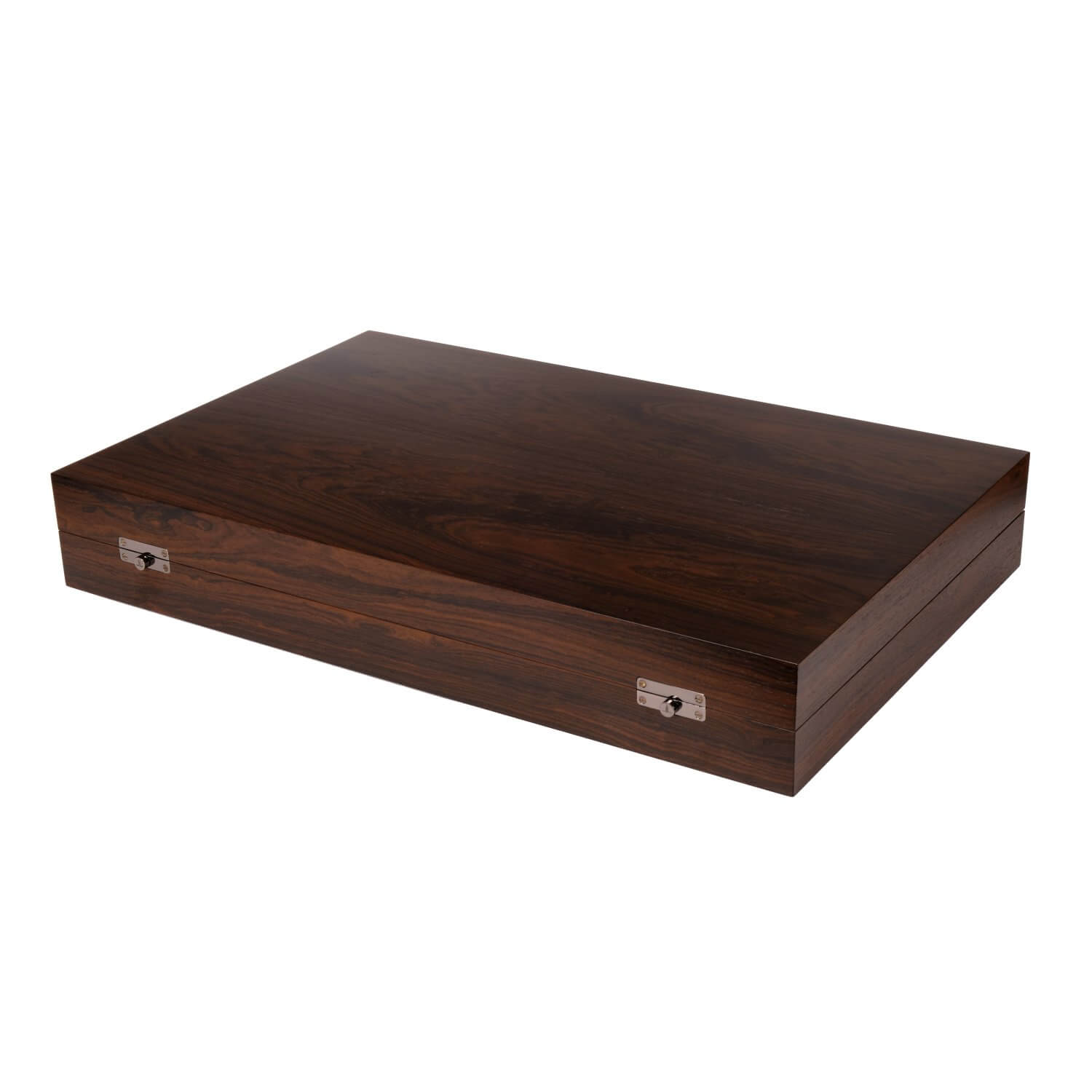 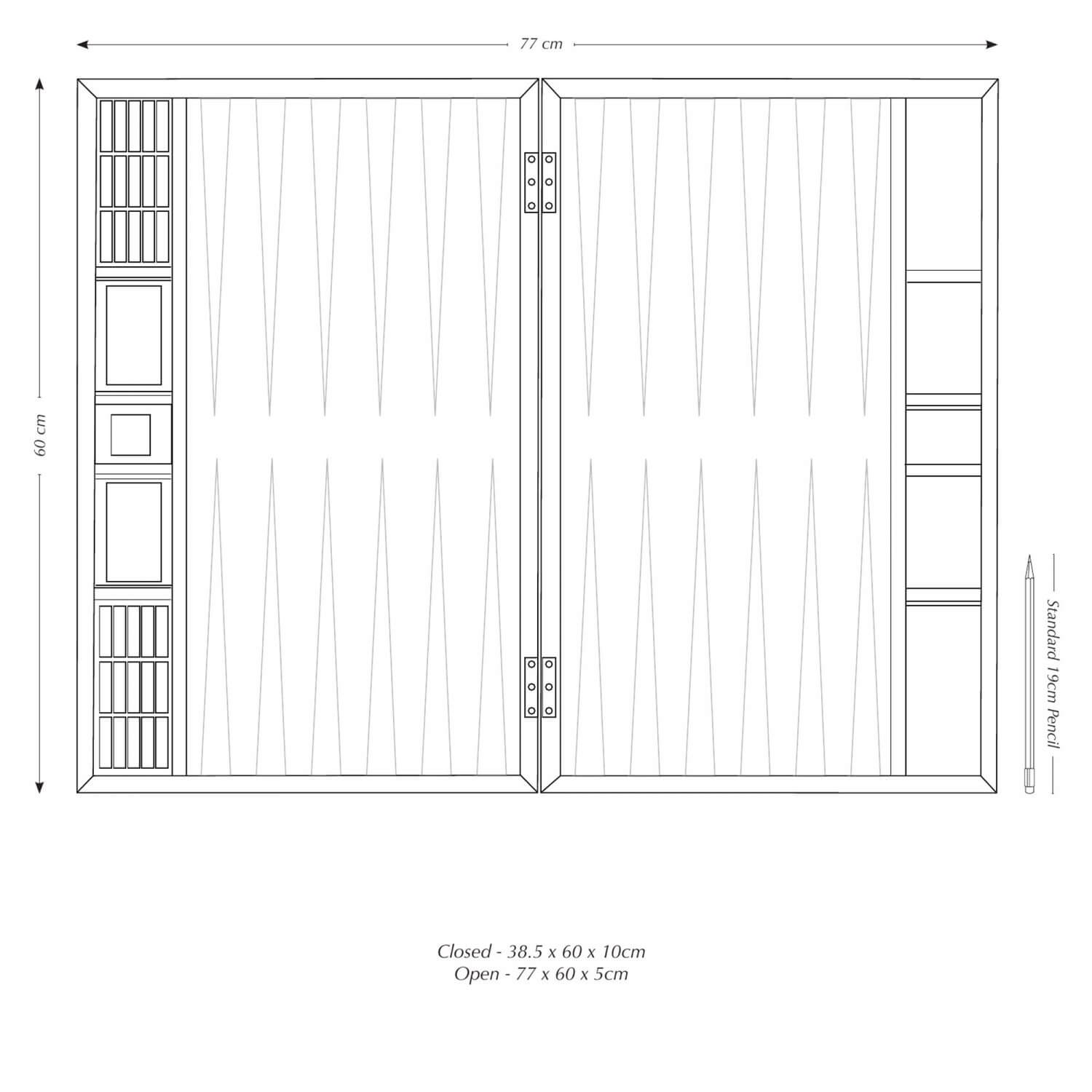 A wonderful game to play with friends and loved ones and beautiful work of art to display in your home, our Poppies & Crane backgammon set is a meticulously handcrafted conversation piece instilled with great symbolism. Magnificently rendered in wood inlay, it features vibrant red poppies alongside red crowned cranes, emblematic of long life and happiness.

The red crowned crane is always willing to put on a show. I love how a scene unfolds on the board that shows these beautiful creatures dancing for the sheer joy of it. 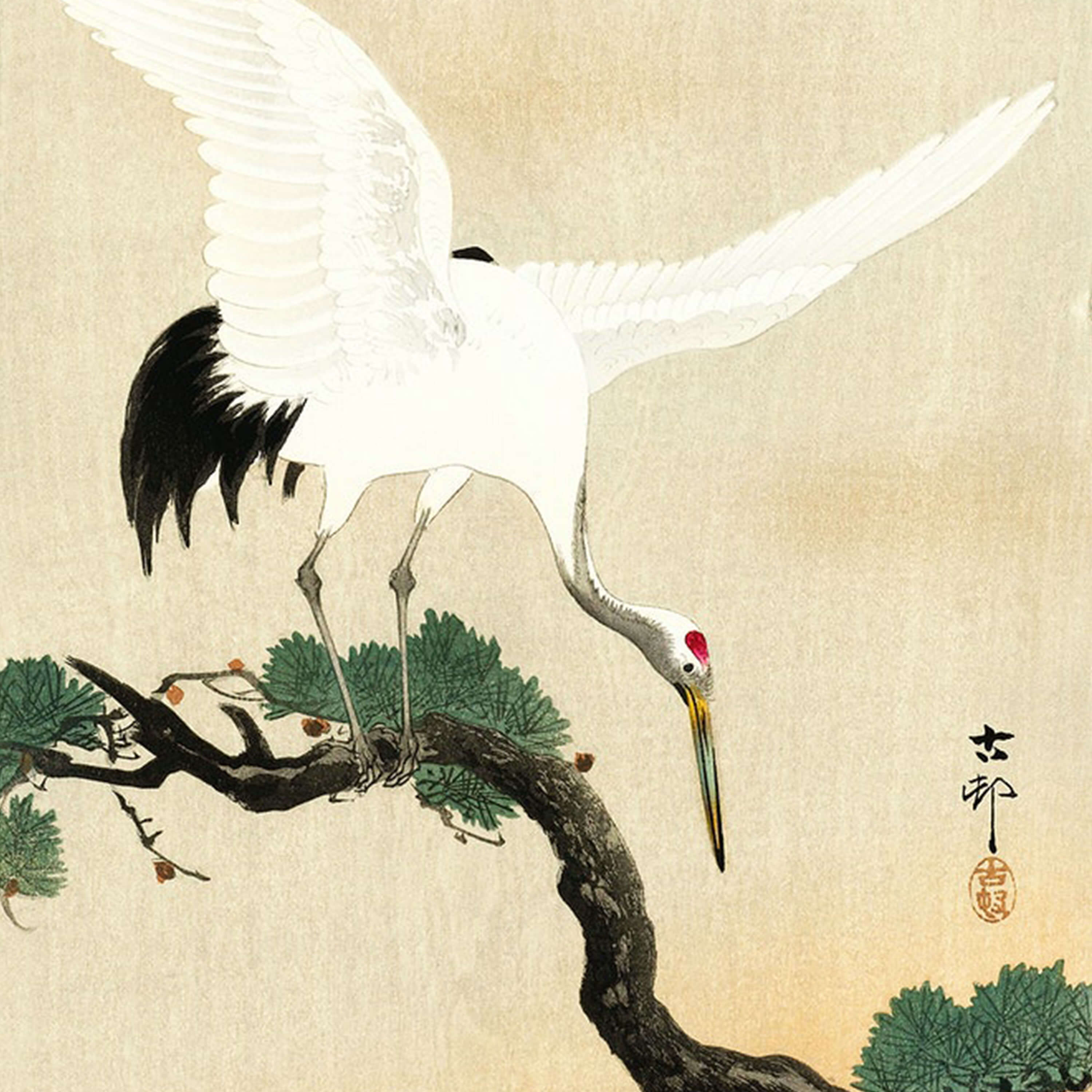 Perhaps the most captivating trait of the red crowned crane is its willingness to put on a show, beginning with a song, followed by a very distinctive dance, which is perfectly captured in the original Alexandra Llewellyn design. Alongside these famously sociable creatures, another popular Japanese symbol, the red poppy, unfurls its vibrant petals. 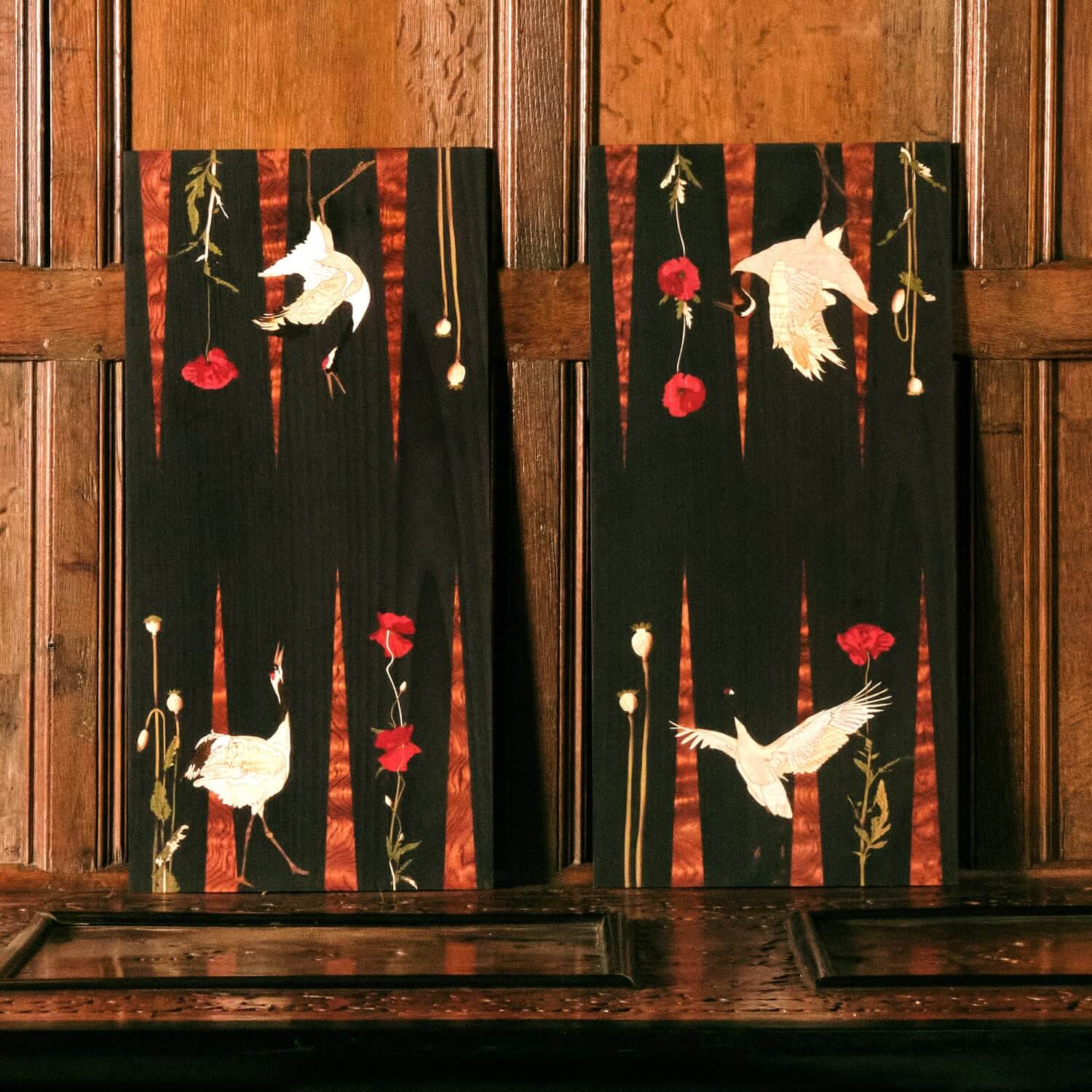 Entirely handcrafted in the UK, every detail has been carefully considered to ensure a luxurious playing experience. Brought to life by experts skilled in time-honoured crafts – master joiners; a leather artist; a specialist in hand-lacquering – the intricate woodwork is undertaken by an artist who is an authority in the rare handcraft of marquetry. 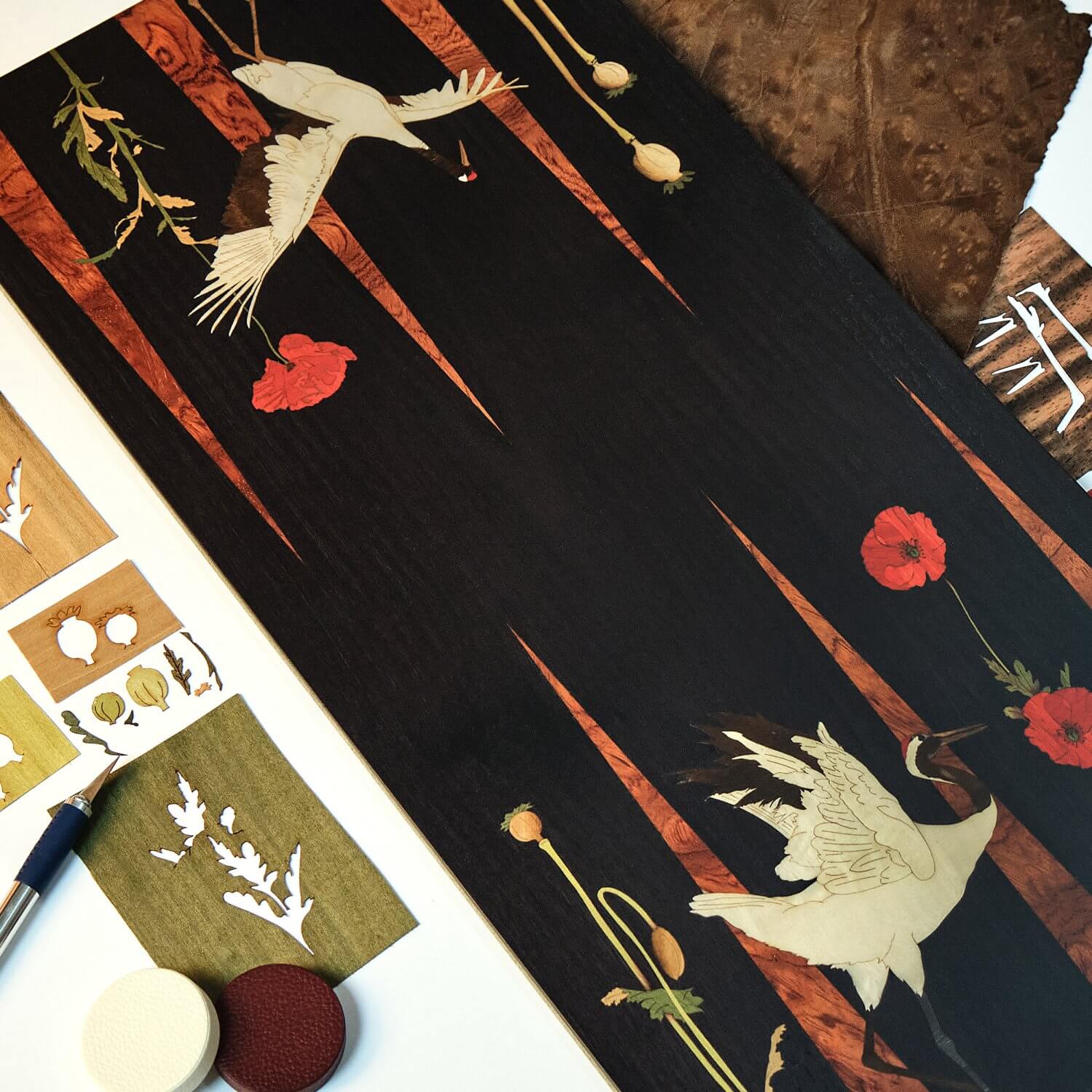 Alexandra looks for the different patterns, textures and grains in the woods that best describe her artwork, including English Holly for the white poppy seed heads and dyed Tulipwood to mimic the vibrancy of the petals. The level of detail is incredible, with the red markings on the crane’s head, the ruffled folds of the petals and the delicacy of the poppy seed stems all captured with extraordinary delicacy upon the board.

Designed to enhance your game of backgammon, the set comes with 30 semi-precious playing pieces made of mother of pearl and malachite, encased in brass.

Backgammon board box lids and Stone Playing Pieces can be personalised with laser-engraved initials, dates, or even a short message. You can request engraving during the online checkout process.

Complimentary shipping on all orders (for stocked items) to the UK in 3-5 working days. Rest of World 5-7 working days, shipping calculated at checkout. All displayed GBP £ prices include VAT. If your shipping location is outside the UK, the price shown at checkout will exclude VAT.

Every Alexandra Lllewellyn purchase is beautifully gift-wrapped and dispatched in packaging designed to protect and enhance your new game. If the order is a gift, you can write a gift note at checkout. We will remove any paperwork stating the price.